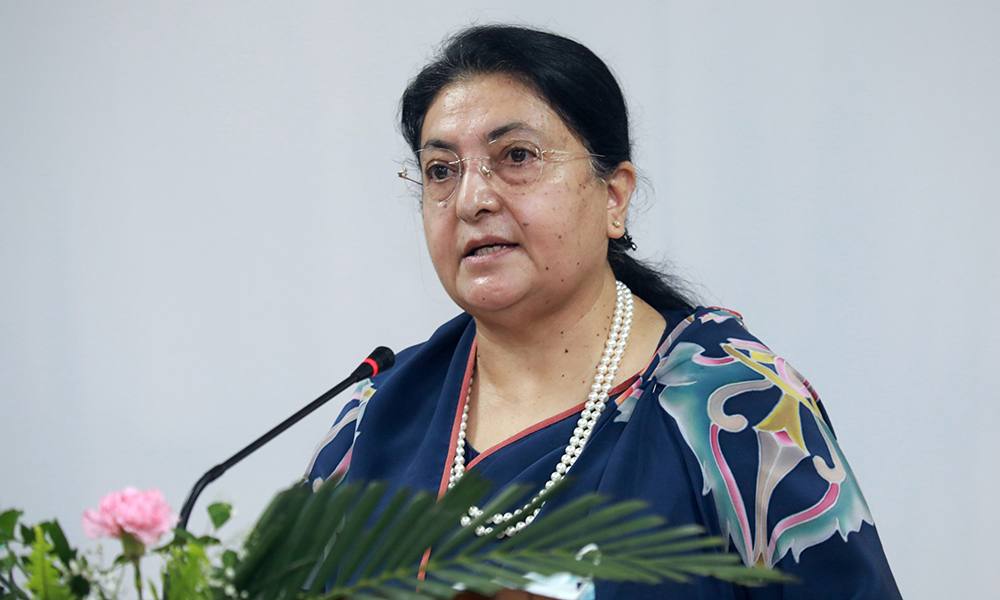 KATHMANDU: President Bidya Devi Bhandari today visited the British Embassy in Lainchaur, Kathmandu and put her signature on a condolence book on the demise of Queen Elizabeth II of Britain.

During her conversation with UK’s Ambassador to Nepal, Nicola Pollitt, the Head-of-State said with the passing away of Queen Elizabeth II, Nepal lost its good friend and expressed her sincere condolences on the passing away of the longest-serving British monarch. RSS