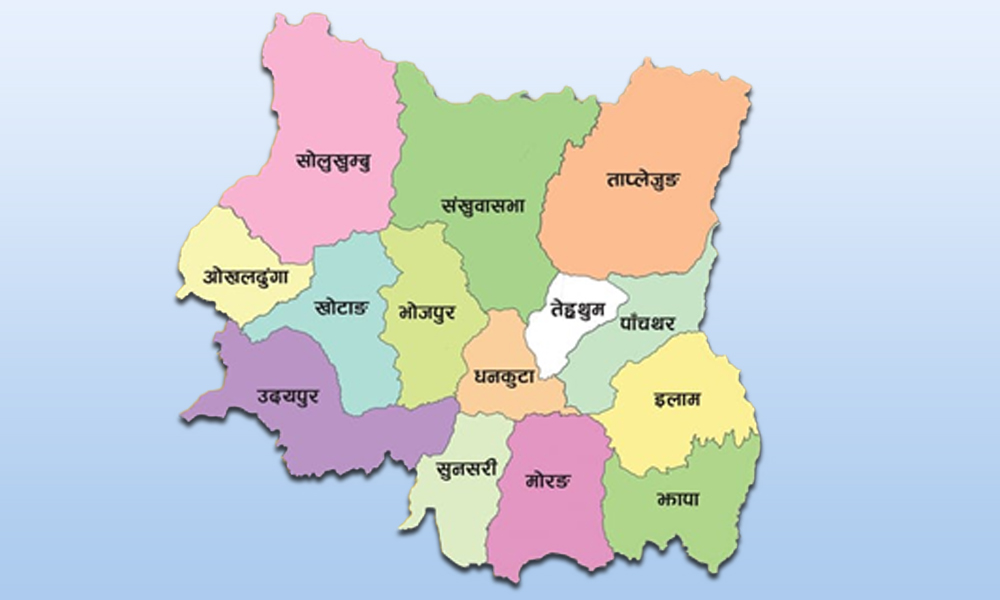 BIRATNAGAR: Province 1 has been declared a ‘literate province’. Province Speaker Pradeep Kumar Bhandari made this announcement amidst a programme organised by the Ministry of Social Development here today.

The Province was declared literate being based on the UNESCO’s 12 criteria for literacy assessment.

It reports 96.74 percent of literacy rate among people aged 15-60 at 137 local levels of its 14 districts.
On the occasion, the Speaker urged one and all to contribute from their respective quarters to bring literacy and economic transformation in the Province.

Social Development Minister Rajan Rai said vocational, quality and applied education was needed for the prosperity of the nation.

Health Minister Jayaram Yadav urged students to remain dedicated for the cause of the nation and the mother tongue while Water Supplies, Irrigation and the Energy Minister Ram Kumar Rai insisted on the promotion of practical education and Minister of State for Social Development Bishnu Tumbahamphe said the government had support from various sectors to announce the Province literature.

Prior to this, a morning rally was organised with the participations of ministers, chief secretary, Chief District Officer of Morang, Kashiraj Dahal, civil servants, security personnel and students.RSS