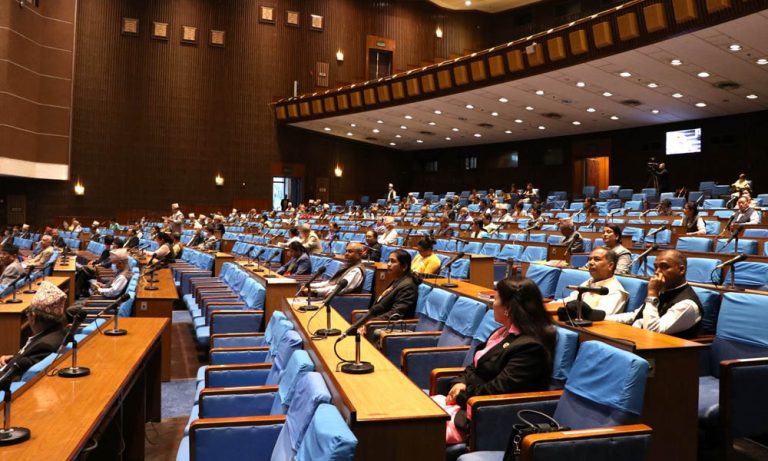 KATHMANDU: The bill 2079 made to amend some Nepal Acts was endorsed by a majority on Tuesday.

The second meeting of the House of Representatives held this afternoon endorsed the bill.

In the meeting, 11 lawmakers had registered an amendment proposal in the bill.

Of them, six lawmakers withdrew the proposal saying that Law Minister Govinda Sharma addressed their queries while speaking at the Parliament.

Later, Speaker Agni Prasad Sapkota urged five other lawmakers to withdraw the proposal. When they refused, the amendment proposal was rejected by a majority.

The Election Commission and the main opposition had already expressed their dissatisfaction over the government’s move to extend the tenure of the House of Representatives and Province Assembly.

The next meeting has been scheduled for 1 pm on Wednesday.