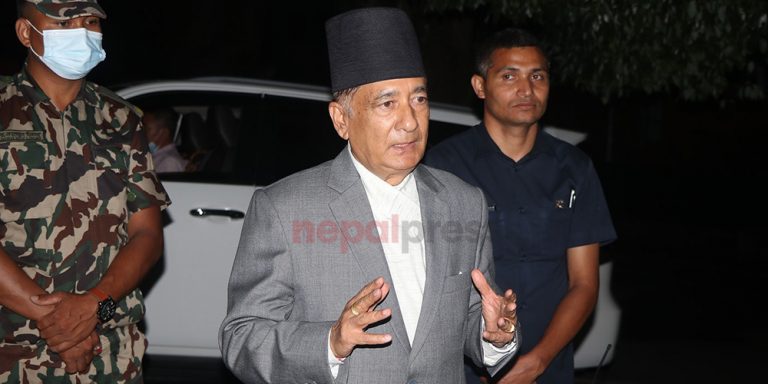 KATHMANDU: A task force formed to finalise seat sharing among the ruling coalition has agreed to reach a conclusion by tomorrow at any cost.

Minister for Communications and Information Technology Gyanendra Bahadur Karki said that the meeting of the task force held on Monday discussed all the 165 electoral constituencies.

Speaking to mediapersons after the meeting, Minister Karki said, “As per the responsibility given by the senior leaders, we discussed who have what position in all the 165 constituencies today. We will give final shape to the report by giving continuation to the discussions tomorrow also.”

According to a source, the meeting of the task force will be held at 6 pm tomorrow.

The task force will prepare the report by finalising the seat sharing after the meeting.

The report prepared by the task force will be submitted to the senior leaders the day after tomorrow.