Pakistan rescues 2,000 from floods as UN warns on child deaths 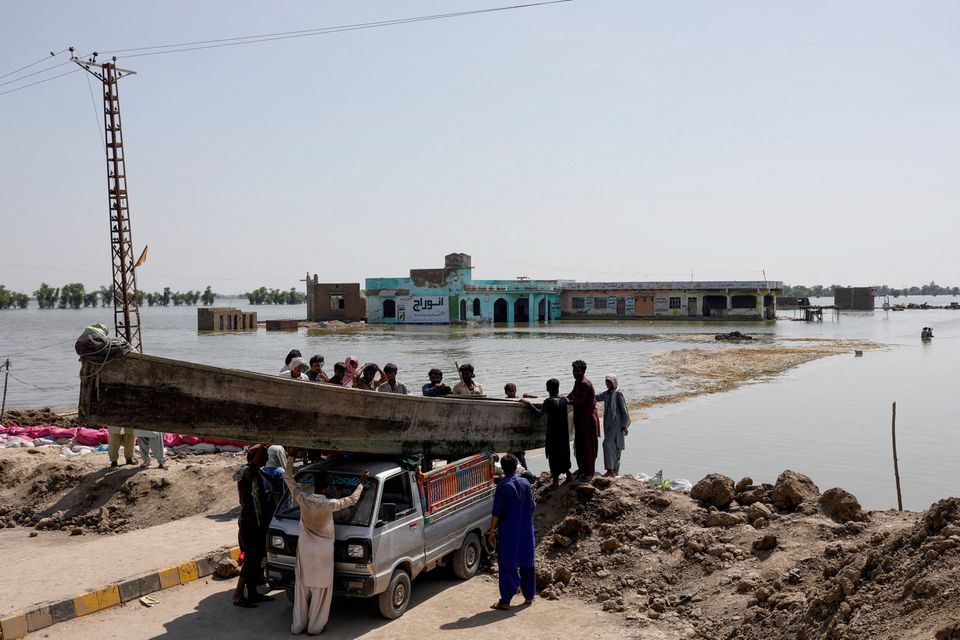 Pakistan’s armed forces have rescued a further 2,000 people stranded by rising floodwaters, they said on Friday, in a disaster blamed on climate change that has swamped about a third of the South Asian nation and is still growing, Reuters reported.

The United Nations has appealed for $160 million in aid to help tackle what it said was an “unprecedented climate catastrophe” as Pakistan’s navy has fanned out inland to carry out relief operations in areas that resemble a sea.

The U.N. children’s agency UNICEF said on Friday many more children could die from disease.

In the Dadu district of Sindh, one of the worst-affected provinces, several villages were under as much as 11 feet (3.35 m) of water, according to Bashir Khan, a local resident who is in contact with people remaining in the area.

“My house is under water, I had left my place four days ago with my family,” he told Reuters.

In neighbouring Mehar, residents were constructing a dike in an attempt to prevent floodwaters from entering the town, he said.

The navy airlifted more than 150 people from villages in Dadu on Thursday, it said in a statement.

On Friday, the military said it had evacuated about 50,000 people, including 1,000 by air, since rescue efforts began.

“During the last 24 hours, 1,991 stranded individuals have been evacuated,” the armed forces said in a statement, adding that nearly 163 tonnes of relief supplies had also been delivered to the flood-affected.

Several humanitarian relief flights are set to arrive on Friday from Middle Eastern nations such as Qatar and the United Arab Emirates, Pakistan’s foreign office said.

Weather officials predict more rains and flash flooding in the month of September, with southern regions bracing for a surge of water from the Indus river.

Sindh has asked relief camps to deploy additional female doctors and medical officers, to ensure adequate care as more pregnant women and young mothers are displaced by the waters.

The Pakistan country director for the U.N. World Food Programme Chris Kaye said the floods were also likely to disrupt relief work in neighbouring Afghanistan, given the country’s role as a key transit route.

“The floods in Pakistan are going to be a huge dent in that capability,” he said. “We are becoming very concerned about overall food security (in the region).”