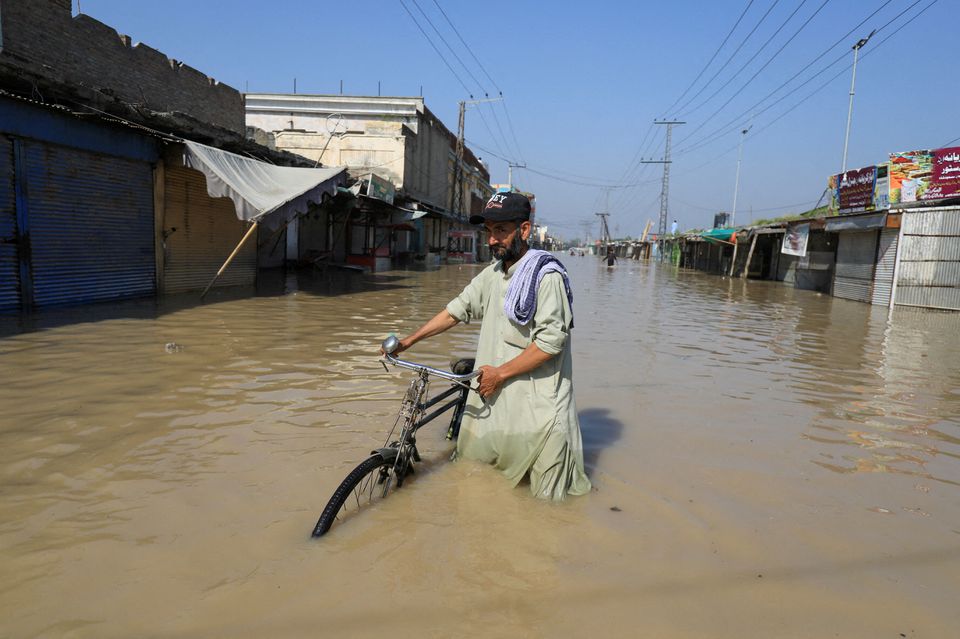 Early estimates put the damage from Pakistan’s recent deadly floods at more than $10 billion, its planning minister said on Monday, adding the world has an obligation to help the South Asian nation cope with the effects of man-made climate change, Reuters reported.

Unprecedented flash floods caused by historic monsoon rains have washed away roads, crops, infrastructure and bridges, killing at least 1,000 people in recent weeks and affecting more than 33 million, over 15% of the country’s 220 million population.

The climate change minister has called the situation a “climate-induced humanitarian disaster of epic proportions.”

“I think it is going to be huge. So far, (a) very early, preliminary estimate is that it is big, it is higher than $10 billion,” Ahsan Iqbal told Reuters in an interview.

“So far we have lost 1,000 human lives. There is damage to almost nearly one million houses,” Iqbal said at his office.

Iqbal rated the recent floods worst than those that hit Pakistan in 2010, for which United Nations (UN) had issued its largest ever disaster appeal.

The minister said it might take five years to rebuild and rehabilitate the nation, while in the near term it will be confronted with acute food shortages.

The two neighbouring countries have not had any trade for a long time.

Food prices have already shot up due to flooded crops and impassable roads.

India Prime Minister Narendra Modi said he was saddened by the devastation caused by the floods.