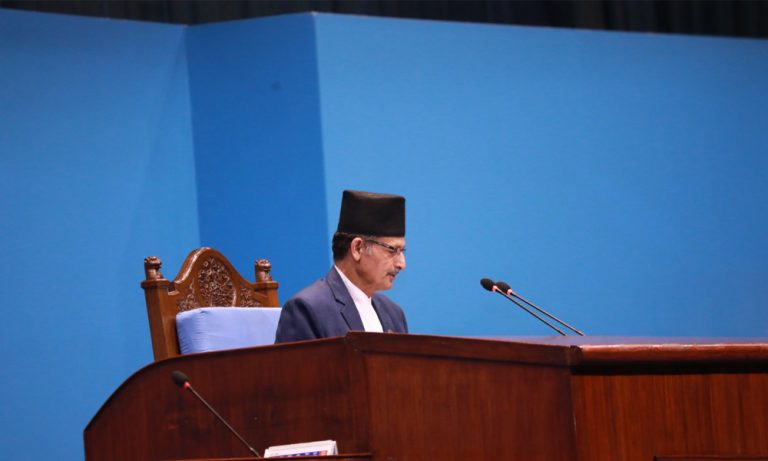 KATHMANDU: Speaker Agni Prasad issued a ruling on Monday directing the government to resolve the issues of Tribhuvan University.

During the meeting of the House of Representatives today, CPN-UML lawmaker Pradeep Gyawali drew the attention of the House towards the problems the oldest university has been facing for the past many years.

Saying that the Parliament’s attention has been drawn, Speaker Sapkota directed the government to resolve the problems of the university.

Nepal Student Union, student wing of the Nepali Congress, has been padlocking the university putting forth various demands for the past one year.