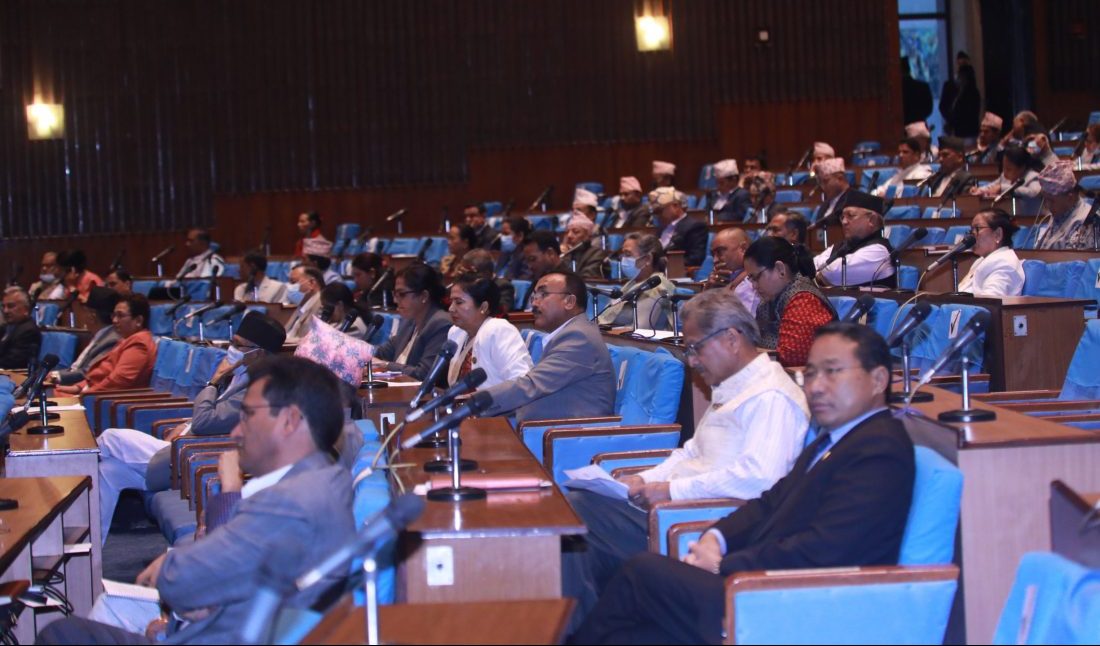 KATHMANDU : Lawmakers have demanded the guarantee of franchise to those Nepali residing abroad in the voting of the Province Assembly and House of Representatives (HoR) election on November 20.

Airing her views in a zero session of the HoR session today, Durga Kumari Bishwakarma said, “The government must ensure the right to vote of those eligible voters residing aboard during the time of voting.” She asserted that the government should build an atmosphere so that all eligible voters could cast their ballots without hurdles.

Dila Sangraula Pant said women are able to compete in the direct election and political parties must ensure tickets for them in the HoR and PA elections.

Dil Kumari was of the opinion of sorting out the citizenship issues soon while Deepak Prakash Bhatta called for an end to anomalies in the education sector.

Narayan Prasad Khatiwada drew the government’s attention towards expediting road developments projects including the Pasang Lhamu Highway based in different locations in the country.

Parbati Kumari Bishankhe demanded the implementation of a full proportional system in the voting of the HoR and PA elections scheduled for upcoming November 20.

Prem Suwal apprised the session that Tribhuvan University was locked for 300 days in the past three years, drawing the government’s attention towards the addressing the problem.

He also demanded prorogation of the parliament in aftermath of the election announcement.