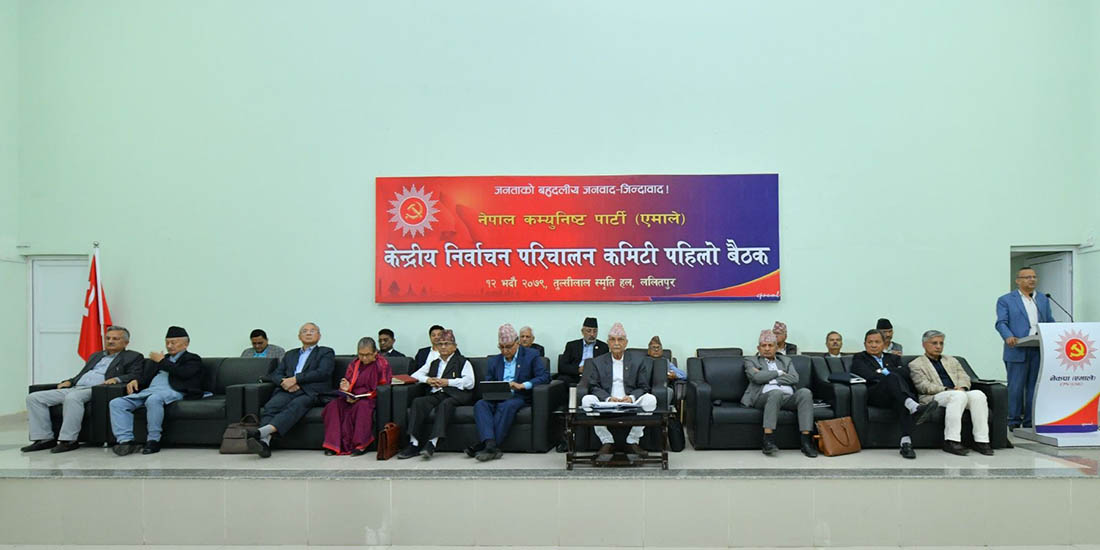 The first meeting of the Election Mobilisation Committee held at the party headquarters in Chayasal, Lalitpur from the aforementioned committee.

The meeting also formed a 34-member Central Secretariat in the committee.

The party said that Deputy General Secretary Bishnu Rimal has been appointed as the secretary of the Mobilisation Committee.

During the meeting, Chairman Oli directed the party leaders and cadres work with determination to make the party victorious in the upcoming elections.