Pakistan floods: Appeals for aid as 119 more die in a day 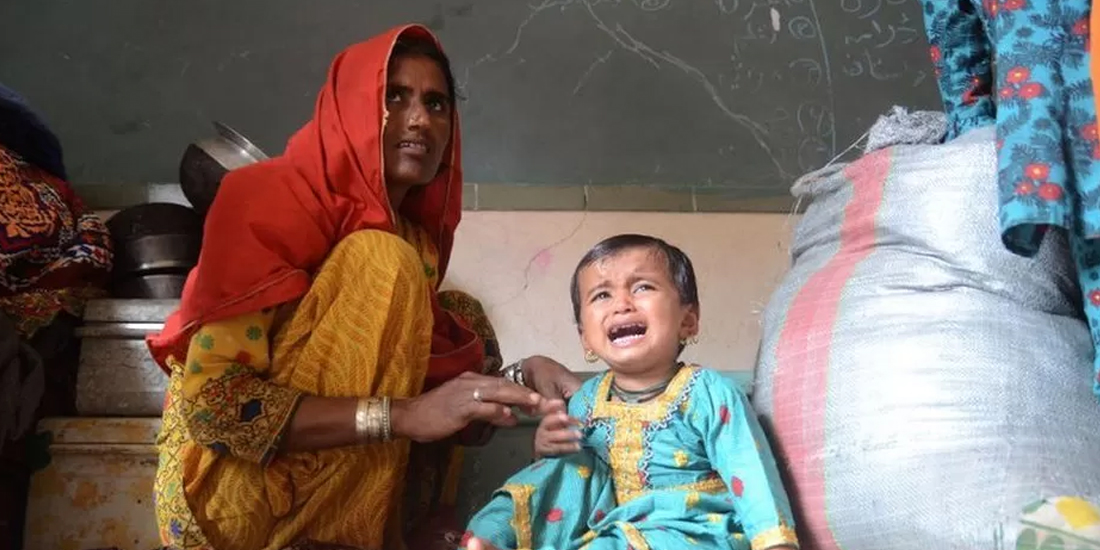 The death toll from the monsoon rains has reached 1,033 – with 119 killed in the previous 24 hours, the National Disaster Management Authority says.

The US, UK, UAE and others have contributed to a disaster appeal, but more funds are needed, officials say.

Pakistan’s government is doing everything it can to help, they add.

“Pakistan has been grappling with economic issues, but now just when we were about to overcome them the monsoon disaster hit,” he said.

Funding from a lot of development projects had been rerouted to the affected people, he added.

n the north-west of the country, thousands of people fled their homes after rivers in Khyber Pakhtunkhwa province burst their banks, causing powerful flash floods.

“The house which we built with years of hard work started sinking in front of our eyes,” Junaid Khan, 23, told the AFP news agency. “We sat on the side of the road and watched our dream house sinking.”

The province of Sindh in the south-east of the country has also been badly affected, with thousands displaced from their homes.