Floods and landslides in Sindhupalchowk 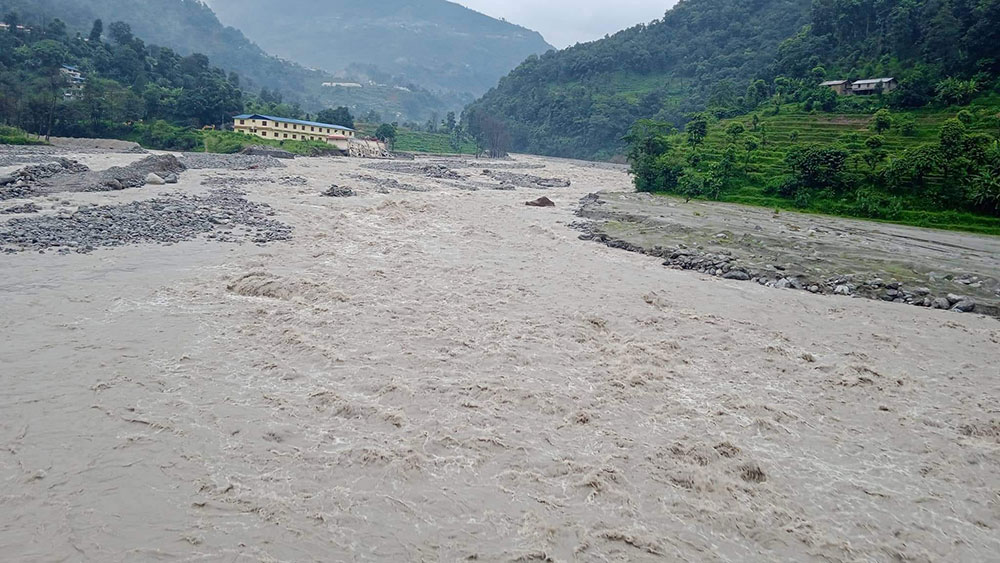 KATHMANDU: Incessant rains since Saturday have caused damaged various places of the district.

Efforts made to control the river and reduce damage in Melamchi have failed as the river changed its course due to heavy downpour.

Roads in Melamchi, Helambu, Panchpokhari and other villages have been blocked due to floods. Many areas and fields in Helambu have been inundated by flood water.

As a result, vehicles remain stranded on the road. Many people heading home for festival including Teej have been affected. Roads in Simkhet in Melamchi and various other places in Helambu, Ramche, Bhotang and Gunsa in Panchpakheri are now blocked.

It may be noted that Helambu, Melamchi, Indravati and Panchpokhari Thangpal Rural Municipalities have suffered widespread damage due to floods last year. As a result, many people are worried about the possibility of a similar situation considering heavy rainfall in the past few days. RSS