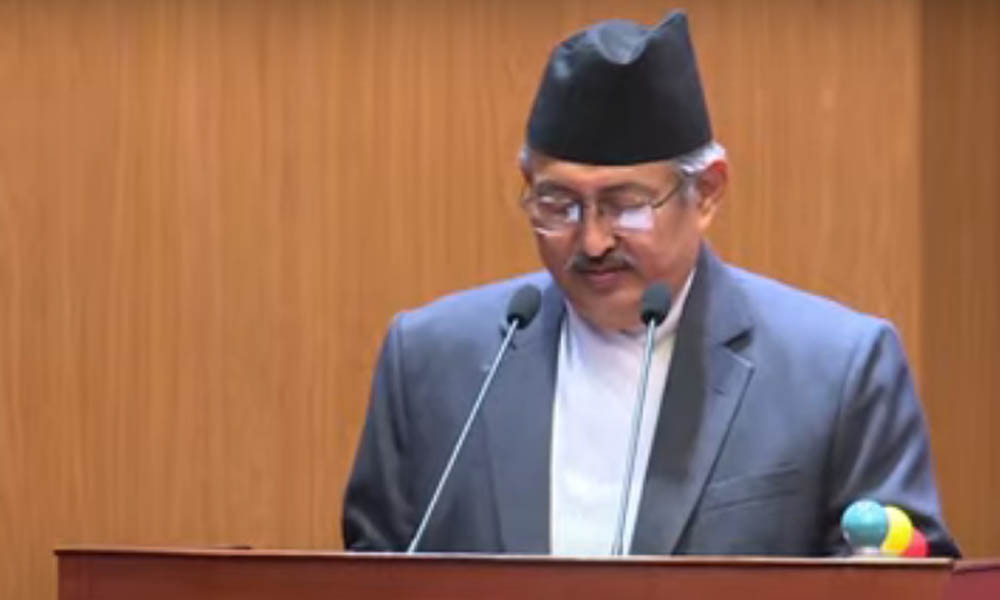 KATHMANDU: The National Assembly sent the Citizenship Bill, sent back to the Parliament by President Bidya Devi Bhandari for a review, to the Legislative Management Committee.

The bill was sent to the parliamentary committee for deliberations.

In today’s meeting, Home Minister Bal Krishna Khand tabled a proposal to send the Bill to the Legislative Management Committee.

The meeting endorsed the proposal unanimously.

Earlier August 14t, the Parliament endorsed the Bill, sent by the President to the Parliament with a 15-point message for reconsideration, without making any changes.

Earlier in the meeting, National Assembly Secretary Rajendra Phuyal informed the meeting about the message sent by President Bhandari to the Parliament about the Bill.