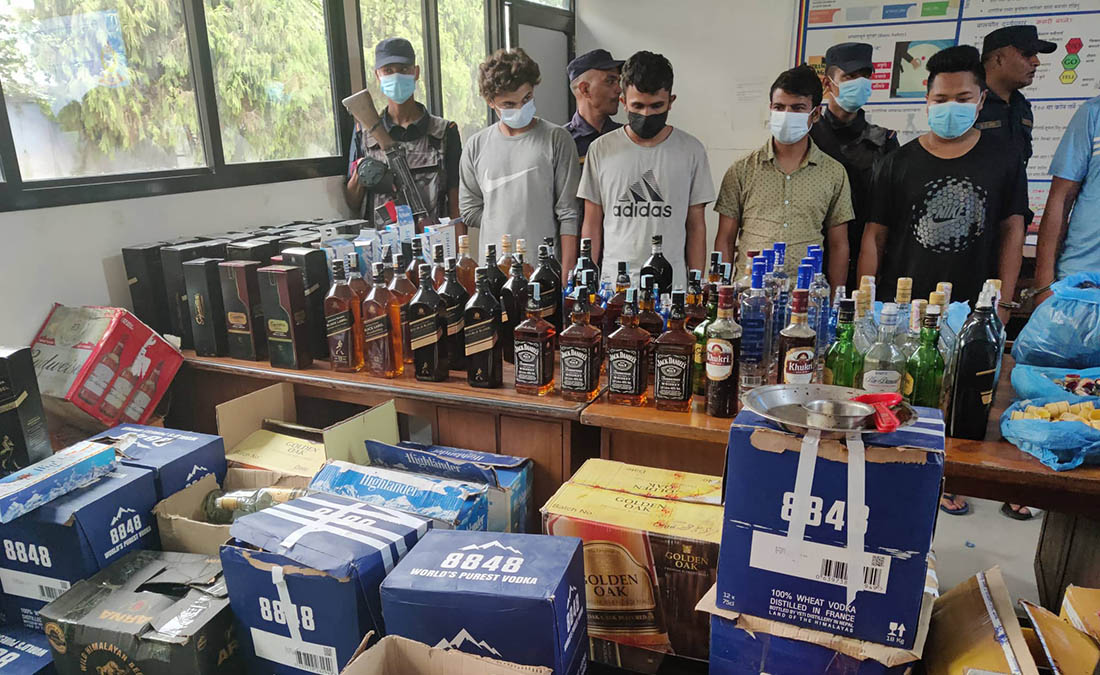 KATHMANDU: Police on Friday arrested five persons after fake Double Black Label Whiskey was found in a liquor factory in Bhaktapur on Friday.

The arrestees have been identified as Bhagwan Basnet, Hari Oli, Bishal Oli of Dolakha and Manoj Khatri and Gopi Shrestha of Ramechhap.

According to police, Bhagwan Basnet used to make fake Double Black Label Whiskey in his factory and sell it in the market. Basnet is the owner of the factory.

The factory is located in  Duwakot of Changunarayan Municipality, Bhaktapur.

Similarly, police also seized two bottles of Double Black Label, threw bottles of Red Label, three bottles of Khukuri Rum and 90 bottles of 8848 Vodka. All of them were in sealed condition.

Earlier, police had arrested Hari Oli from Koteshwor and recovered Double Black, Red Label and four cartoons of Jack Daniels from his room.

Police found the liquor factory and arrested others after interrogating Hari Oli.

These liquors are sold to nightclubs and in other places, police said.