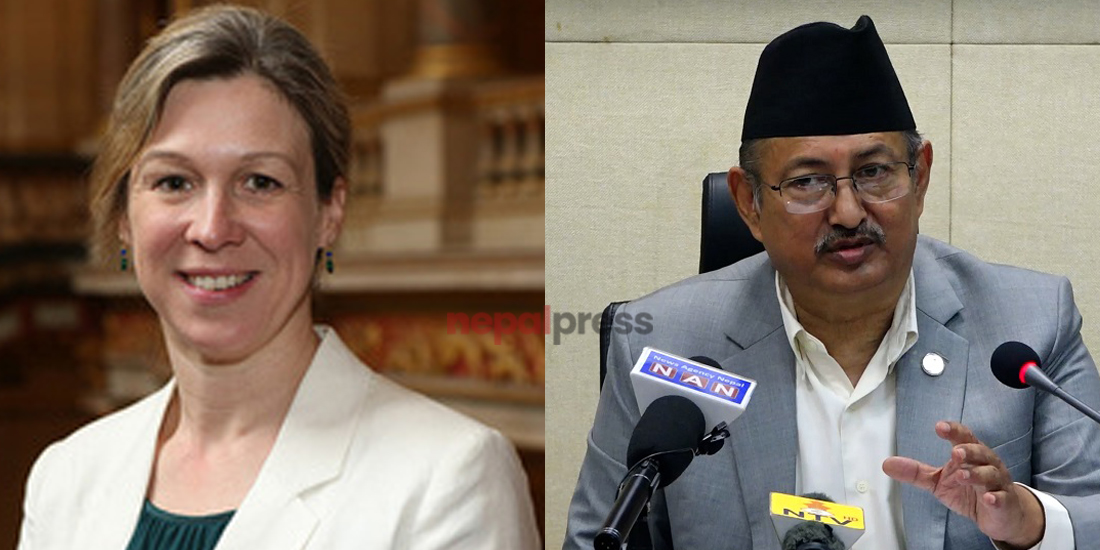 During the meeting held at the Ministry of Home Affairs, the two discussed matters relating to further strengthening the bilateral ties.

On the occasion, Minister Khand thanked the ambassador for successful completion of the Integrated Programme for Strengthening Security Justice (2014-2021) supported by the UK government.

The Foreign Commonwealth and Development Office, UK had in October, 2021 endorsed the continuity of the program (second phase) and today’s meeting was held in the context of signing a Memorandum of Understanding (MoU) between the two countries to this regard, according to the Home Minister’s Secretariat.

The minister said the program had its role in increasing people’s access to security and justice, combating gender-based violence and further consolidating the police-community relations in the first phase.

Similarly, he expressed his gratitude to the UK government for responding to Nepal’s request to revise the MoU draft so as to ensure additional support to the Nepal Police during the implementation of the second-phase of the program.

In response, the UK government representative expressed her concern about the transitional justice situation in Nepal.

In reply, the minister said the government is committed to implementing agreements reached with various political parties and even the rebel parties for the management of political conflict.  The agreements with the Netra Bikram Chand (Biplav)–led group, Janamat Party and Tharu Welfare Assembly are in the phase of enforcement, according to the minister.

He also thanked the UK ambassador for the UK’s contribution to Nepal for addressing the issues of transitional justice at home. RSS