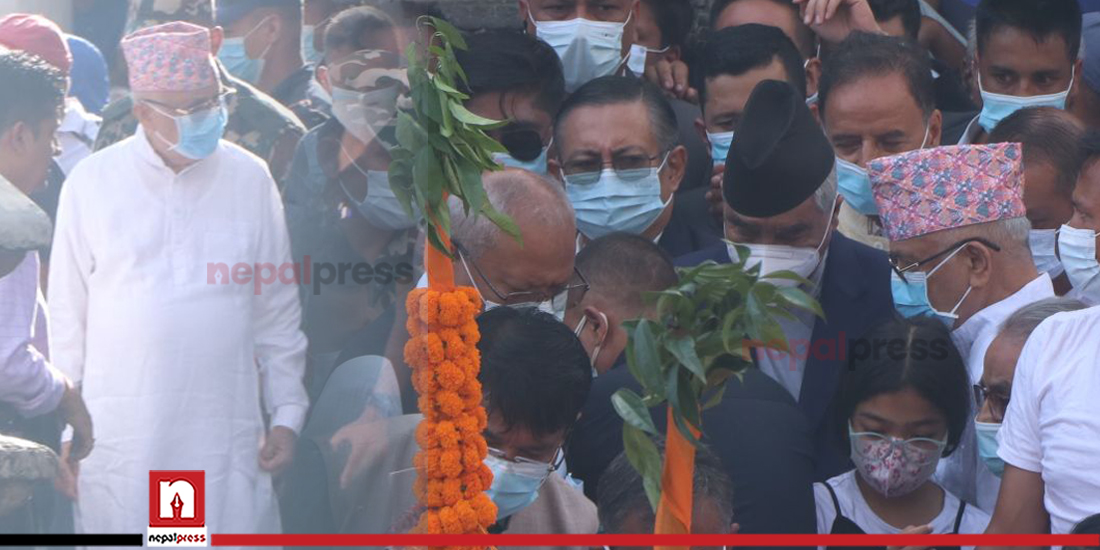 Leaders of various political parties and cadres have reached the Aryaghat to pay final tributes.

Before being taken to the Pashupati Aryaghat, his mortal remains were kept at the party office in Sanepa for the party leaders, cadres and general public to offer their final tributes.

Giri, who had been suffering from throat cancer and pneumonia, breathed his last during the course of treatment at the Medicity Hospital at age of 74 on Saturday night. 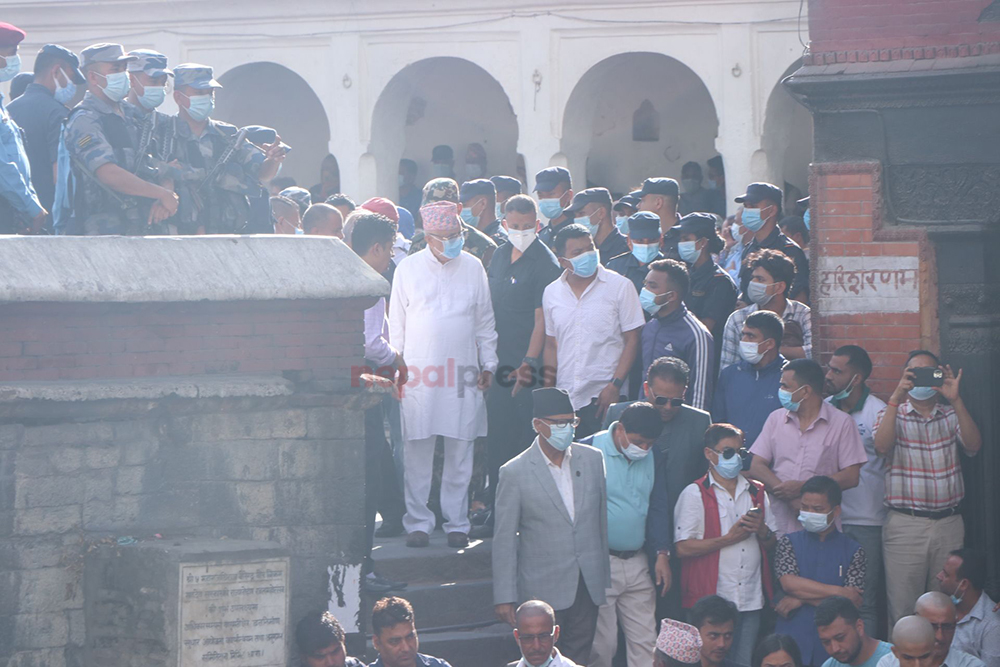 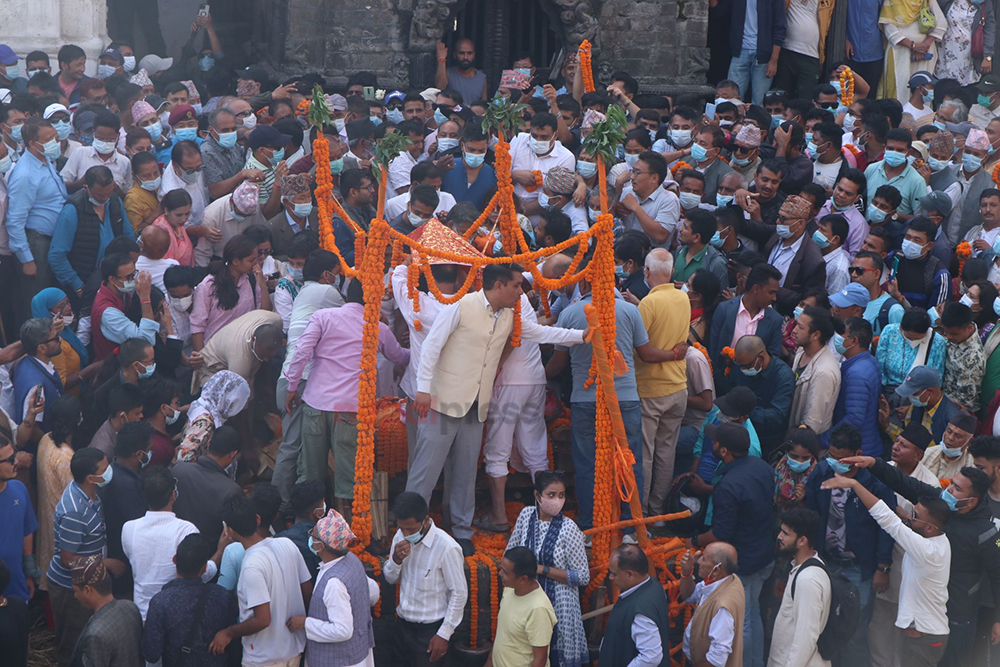 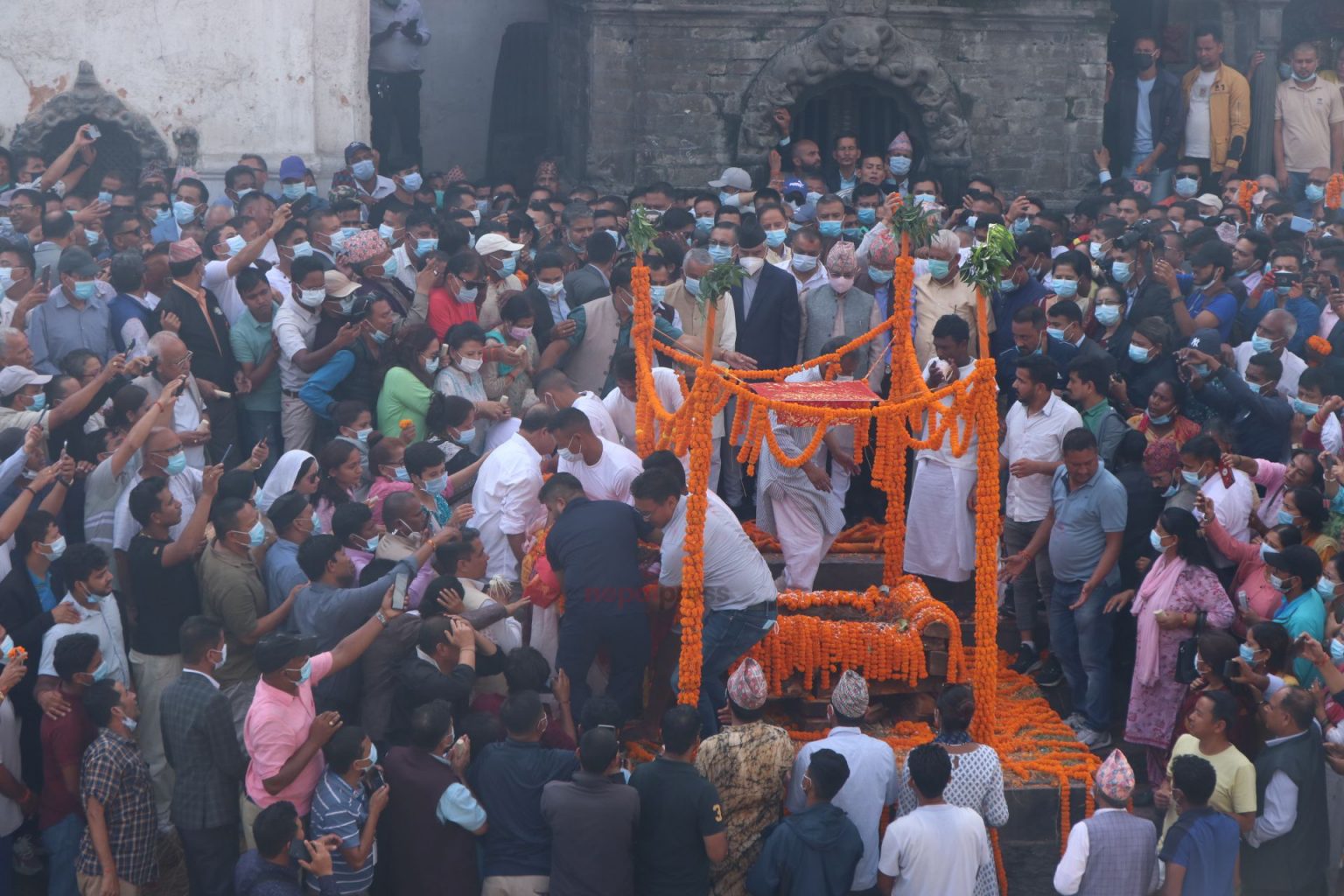 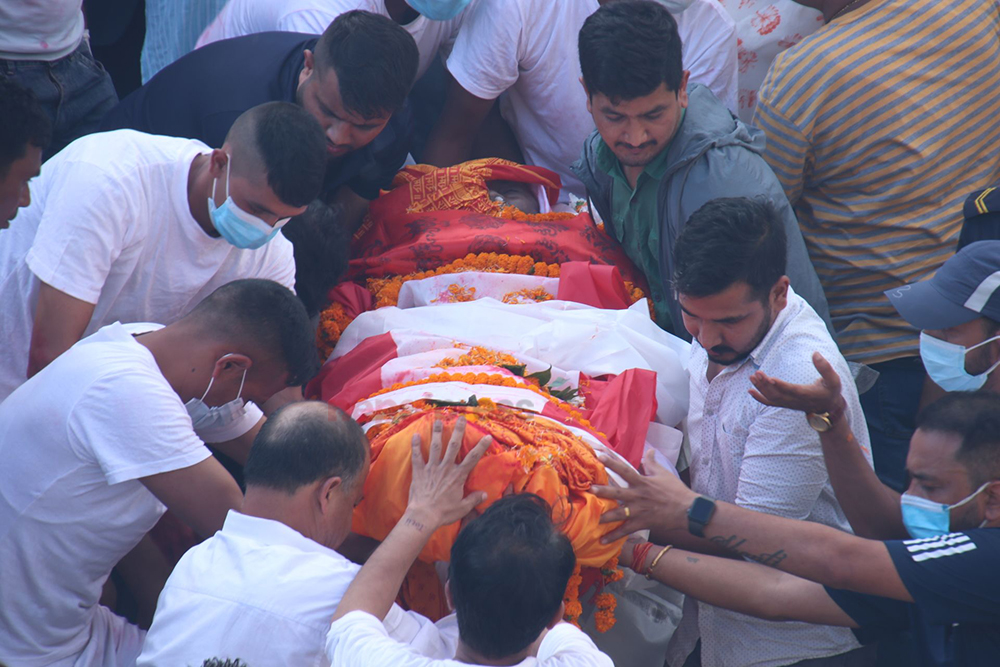 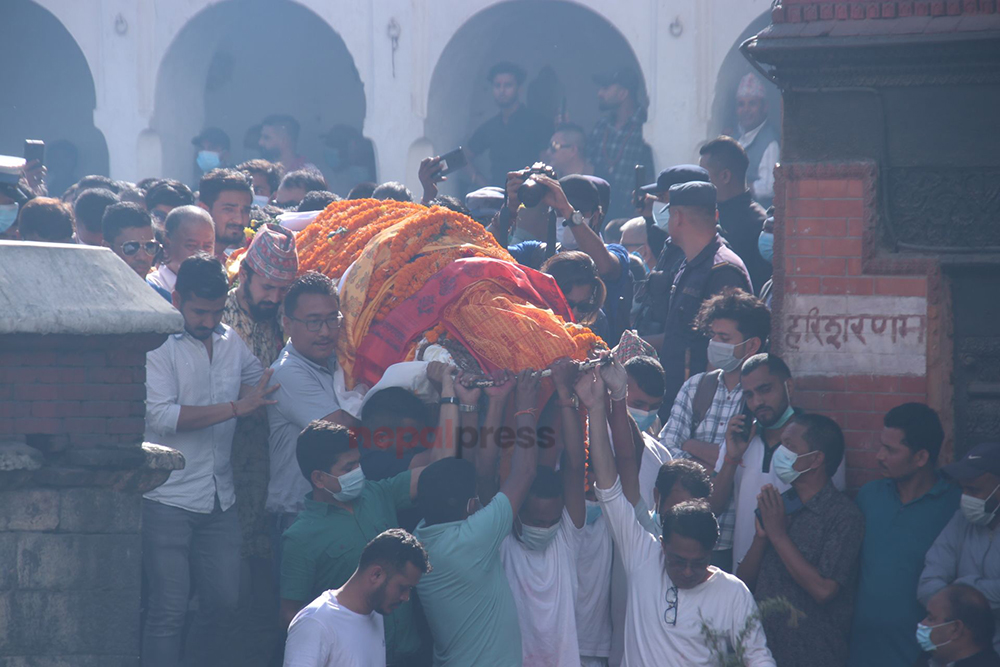