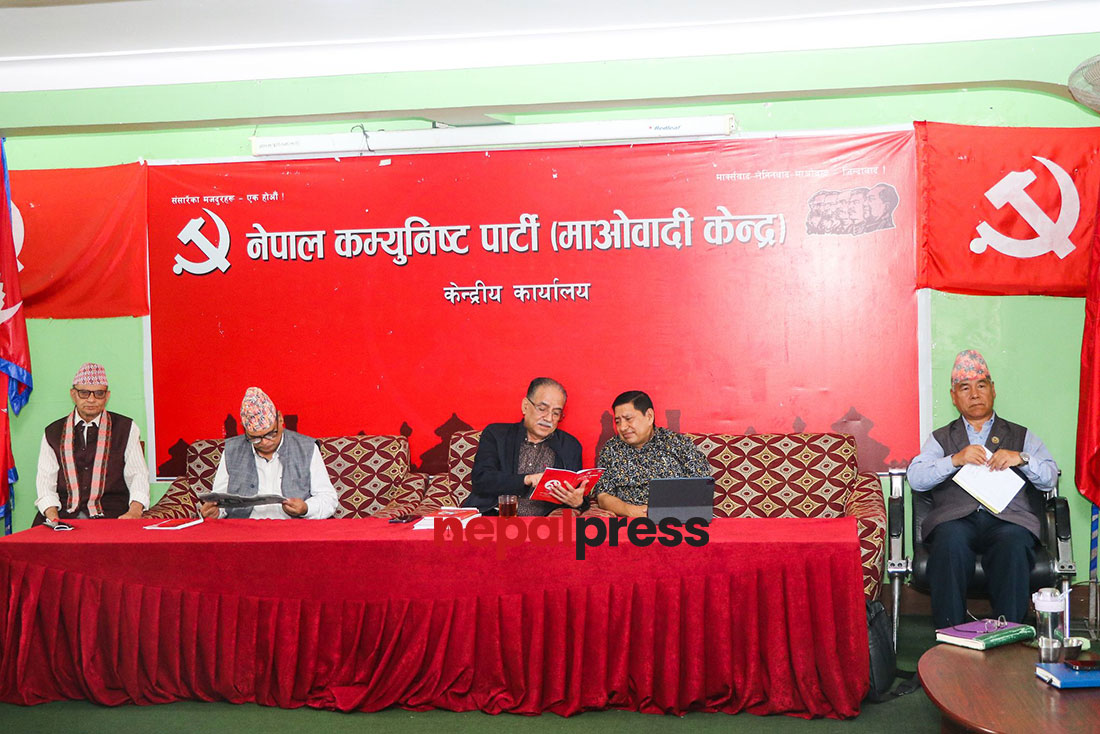 It has been learnt that the meeting held this morning failed to finalise the office bearers as the seven leaders have claimed for the post of general secretary.

According to a Standing Committee member, there will be a chairman, senior leader, vice-chairman, general secretary and treasurer each.

The leader said that a proposal has come to nominate nine secretaries and seven deputy general secretaries.

There is a high possibility that Dev Gurung will be nominated as the general secretary.