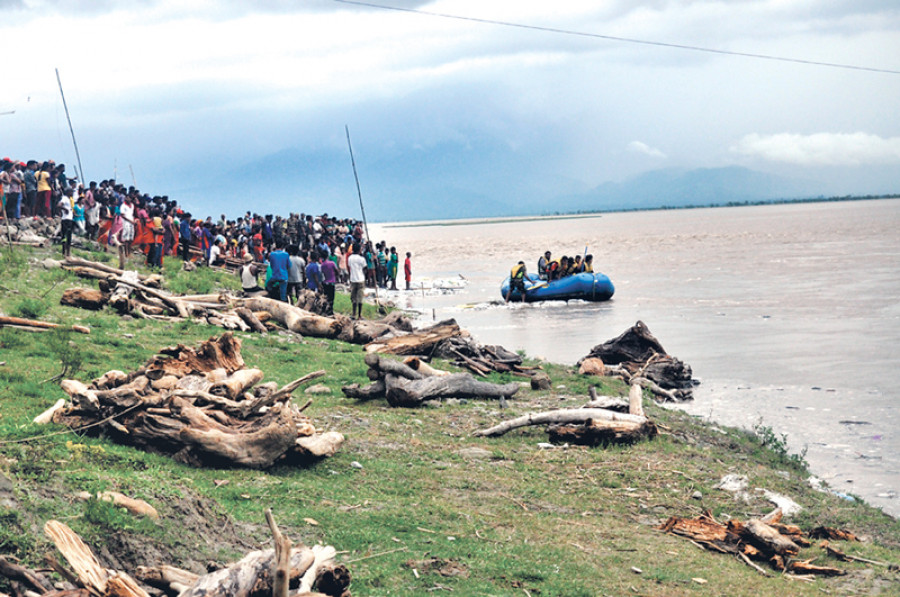 As many as 25 students were injured when a boat capsized in Rapti river of Dang Thursday.

According to District Police Office Chief Suresh Kafle, among the injured, three are being treated at Lamahi.

The overloaded boat carrying students of Sikta Secondary School at Rajpur was en route to Rajpur-7 from Lamahi Municipality-9 when the incident occurred at around 9 am today.

According to the police, the boat was carrying three to four times more people than its capacity.

Those under treatment are Manish BK (grade six) (13) of Taruliya, Lamahi-9, Rima Ramjali (12) of the same grade and Sandip BK (grade nine) (16).  Condition of the remaining students is said to be normal. RSS