41 killed in Egypt church fire, including many children 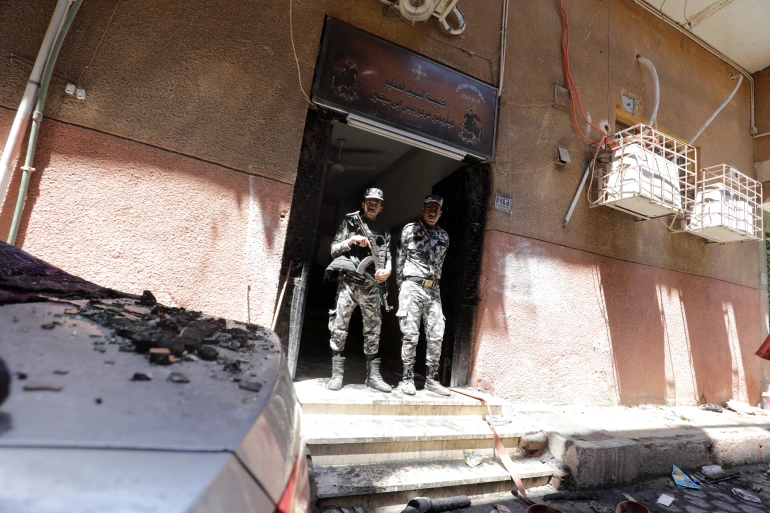 A fire tore through a packed Coptic Orthodox church during morning services near Egypt’s capital,  killing 41 worshippers including at least 10 children, The Guardian reported.

“Suffocation, suffocation, all of them dead,” said a distraught witness who only gave a partial name, Abu Bishoy.

“There are children, we didn’t know how to get to them,” said Abu Bishoy.

Forty-five people were injured including four policemen involved in the rescue effort.

Weeping families waited outside for word on relatives still inside the church and at nearby hospitals where the victims were taken.

The blaze erupted at the church in Giza city in Greater Cairo in the working-class neighbourhood of Imbaba, where about 5,000 people had gathered. Giza, Egypt’s second-largest city, lies just across the Nile from Cairo.

In a statement, the interior ministry said a forensic examination showed the fire began in the second floor air conditioning as a result of an electrical malfunction.

Smoke inhalation was the main cause of death, it said. Families of those who died will receive 100,000 Egyptian pounds ($5,220), according to a cabinet statement.