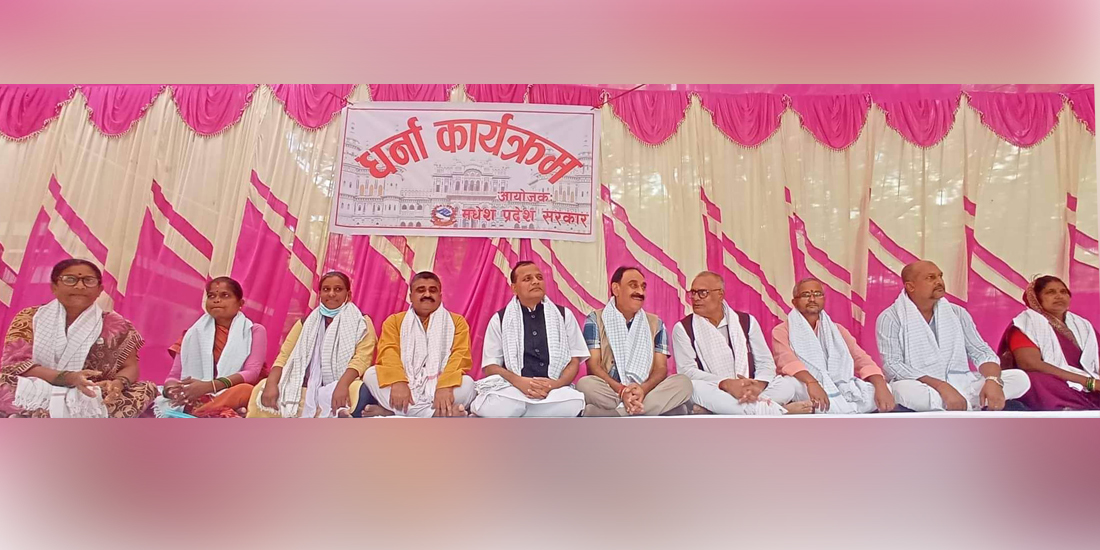 JANAKAPURDHAM: The Chief Minister and ministers of Madhesh Province have staged a sit-in demanding immediate adjustment of the police force.

Chief Minister Lal Babu Raut and ministers at the office of the Madhesh Province Chief in Janakapur.

Home and Communications Minister Bharat Sah said that the sit-in that started at 11:30 am will continue till two hours.

There is a provision in the Constitution that the police force should be handed over to the Province.

But, the federal government is not in a mood to adjust the police force.

Minister Sah had served a seven-day ultimatum by organising a press conference after the prime minister did not take any initiatives to take the process of adjusting the police force ahead despite their repeated request.

He said that they were compelled to stage the protest after the federal government did not hand over the police force within the given time frame.

Sah said that they would continue the protest against the federal government until their demands are met.