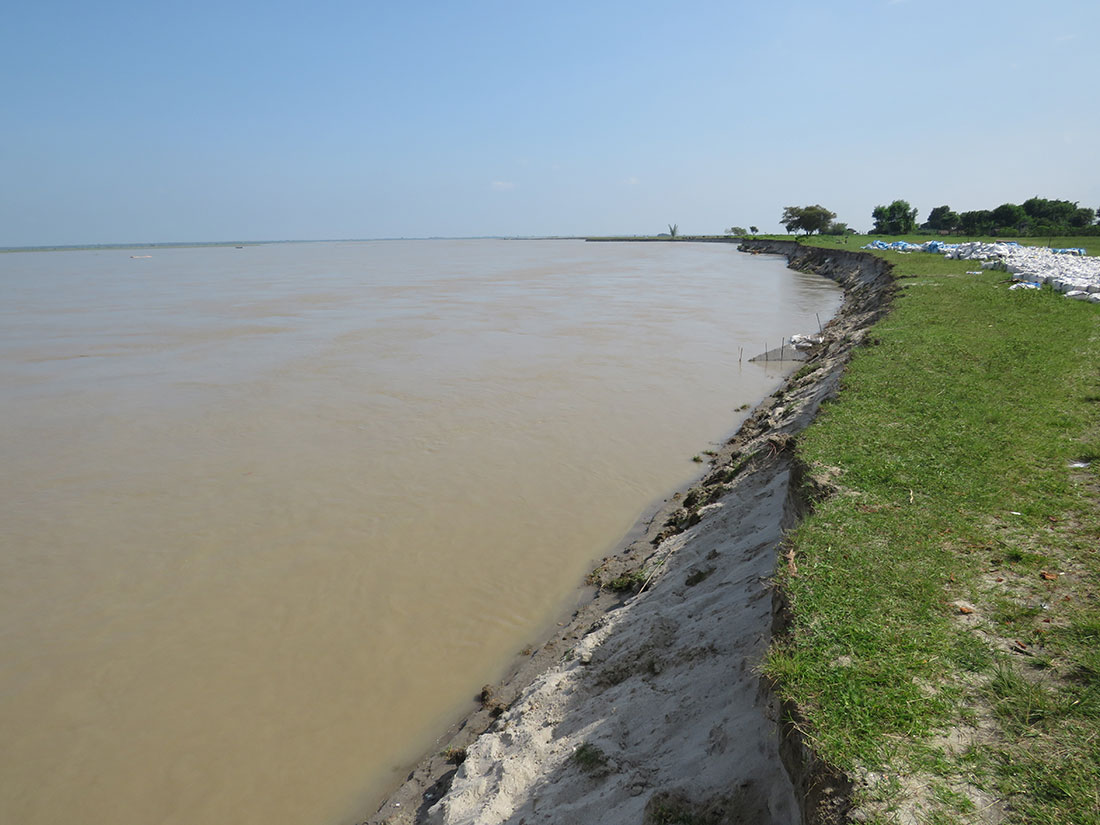 SAPTARI: The dam of Saptakoshi river at Dumribot in Lahurekhoch of Belka Municipality-8, Udayapur has burst following incessant rainfall on Wednesday.

As a result, the floodwaters from the Saptakoshi river gushed into the settlements at around 4 am. The Belka Municipality-2, 3, 8, 9 and Barahachettra Municipality-6 have been inundated.

Chief District Officer Birendra Kumar Yadav said that the exact details of the damage caused in the incident is yet to come.

Earlier on Monday, the Belaka Municipality had urged the locals to leave the area through miking.

He said that the concerned authorities have been urged through the Chief District Officer of Sunsari to open the gates of Koshi barrage.

People of over a dozen villages of four wards of Belka Municipallity are at high risk after the river changed the direction towards the villages.