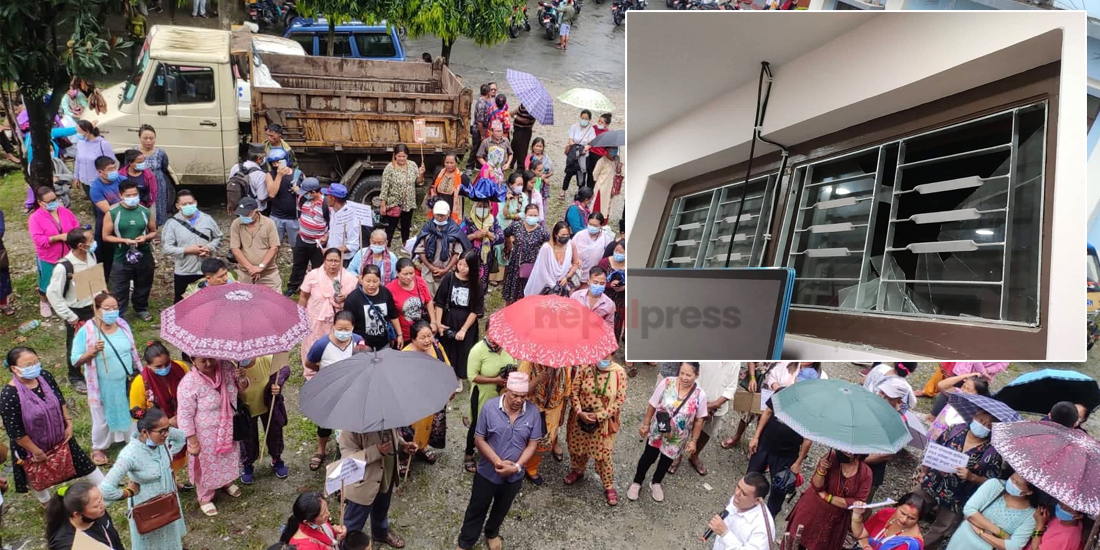 A group of around 300 people reached the office of Sampang at around 4 pm yesterday and chanted slogans against him.

Saying that the cooperative embezzled Rs 8 billion collected from them, the depositors of all the 20 wards of Dharan have been staging demonstrations for the past one year.

One of the depositors said that they vandalised the office of Sampang after he ignored their grievances.