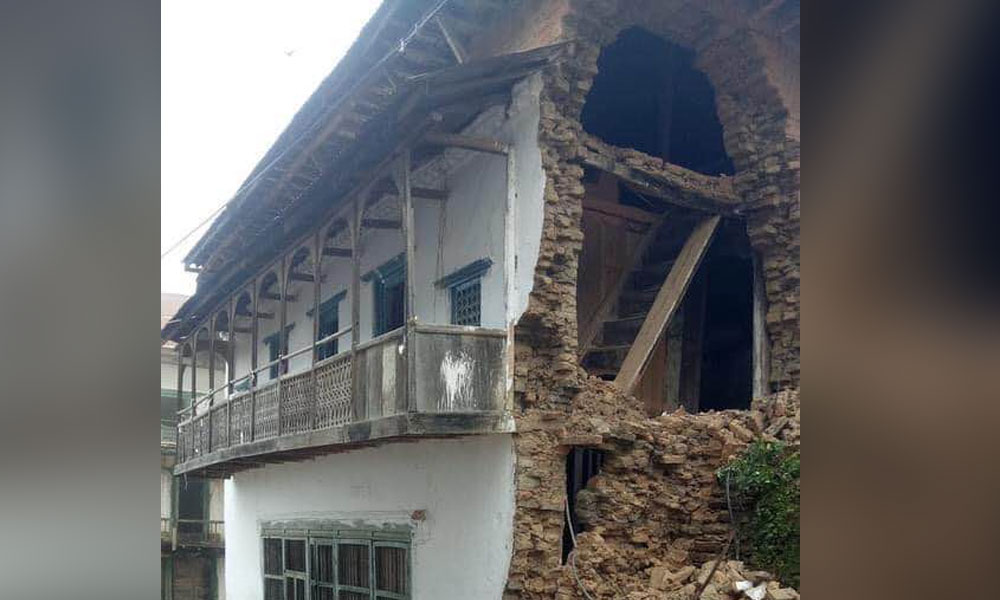 KATHMANDU : Two houses at Taksar in Bhojpur Municipality -1 of Bhojpur were destroyed when an earthquake measuring 6.0 on the Richter Scale rattled Khotang district on Sunday. Khotang has been bordered by Bhojpur district in the east.

The quake, which took place at 8:13 am this morning, damaged the house of Pramod Halwai of Bhojpur, said Halwai’s neighbour Sagar Udas.

According to him, the house had sustained damaged in the 2015 devastating earthquake.

The details of the damage are yet to come, Hari Prasad Ghimire, Chief District Officer of the District Police Office, Bhojpur, said.

The tremor was felt in the Kathmandu Valley also.