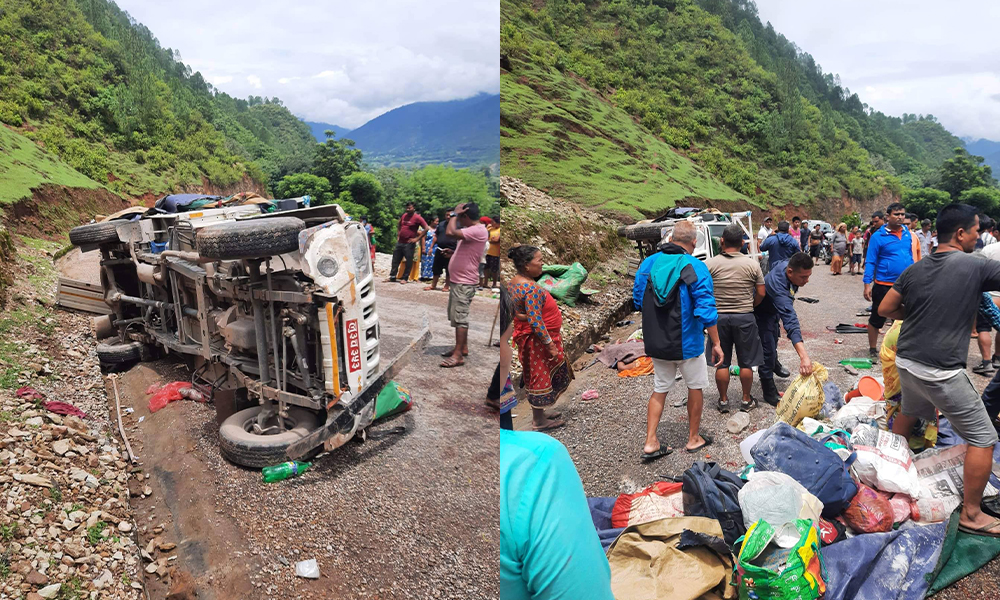 RUPANDEHI : Three persons died and 14 others sustained injuries when a jeep they were travelling on met with an accident at Bhyagute of Swargadwari Municipality-4 in Pyuthan on Saturday.

The deceased has been identified as Kanti Karna of Sidhathanagar Municiplaity- 4, Patwari Kuhar and Gudiya Thakur (32) of Mayadevi Rural Municipality-3, Rupandehi.

Critically injured Karna and Kuhar breathed their last while undergoing treatment at the Admond City Hospital in Butwal. Police said that Gudiya Thakur died on the spot.

The jeep (Lu 3 Cha 353) carrying 17 people was returning from the Swargadwari temple in Pyuthan when the incident took place, police said.

Similarly, the injured are receiving treatment at hospitals in Butwal and Bhairahawa.

Police said that the jeep may have crashed due to brake failure.