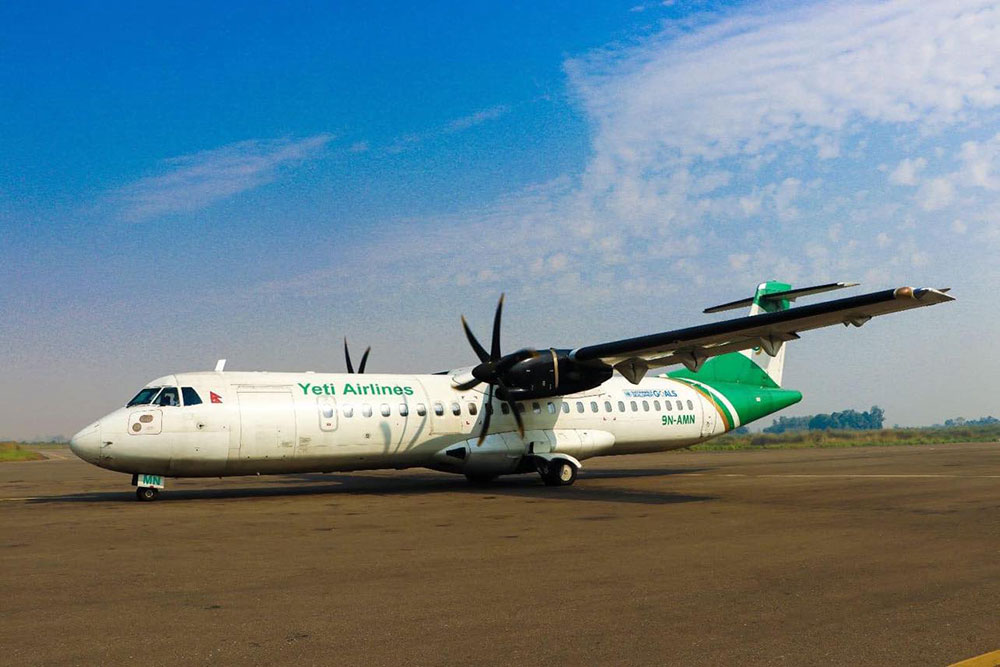 KATHMANDU: An aircraft of Yeti Airlines that left for Kathmandu from Pokhara on Friday returned to Pokhara again after suffering an engine problem.

The aircraft with call sign 9N ANG returned to Pokhara a few minutes after it took off from the airport this morning.

Information Officer at the airport Dev Raj Subedi said that the pilot landed the aircraft safely.