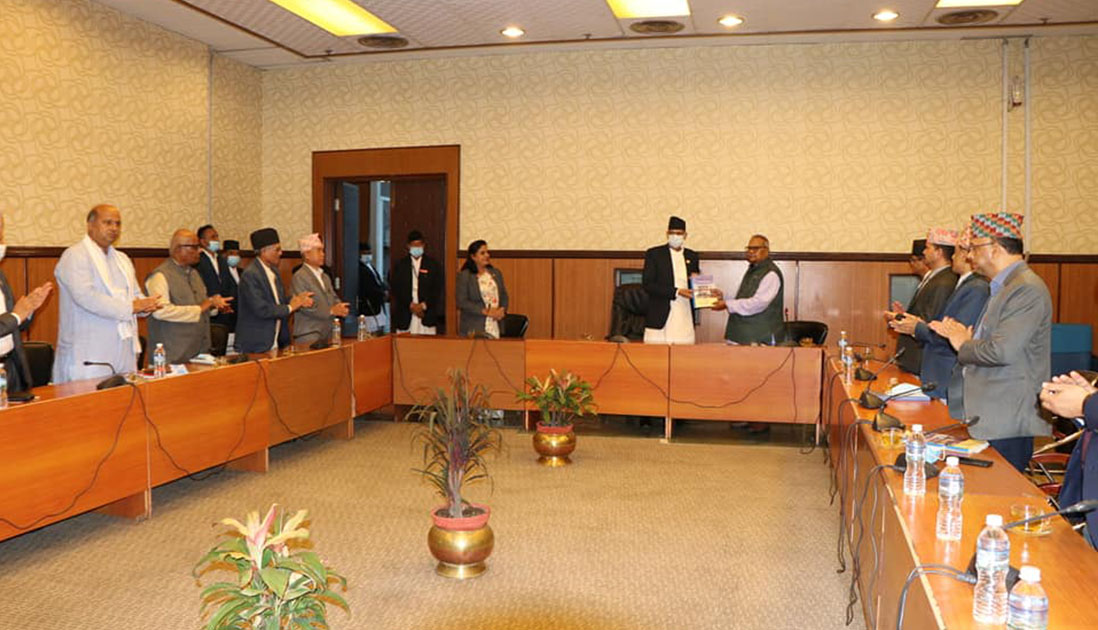 All the members of the committee were present while submitting the report.

Earlier on July 6, an 11-member parliamentary committee was formed to investigate charges against Finance Minister Janardhan Sharma, who was accused of involving two outsiders to tweak tax rates on the eve of the budget presentation.