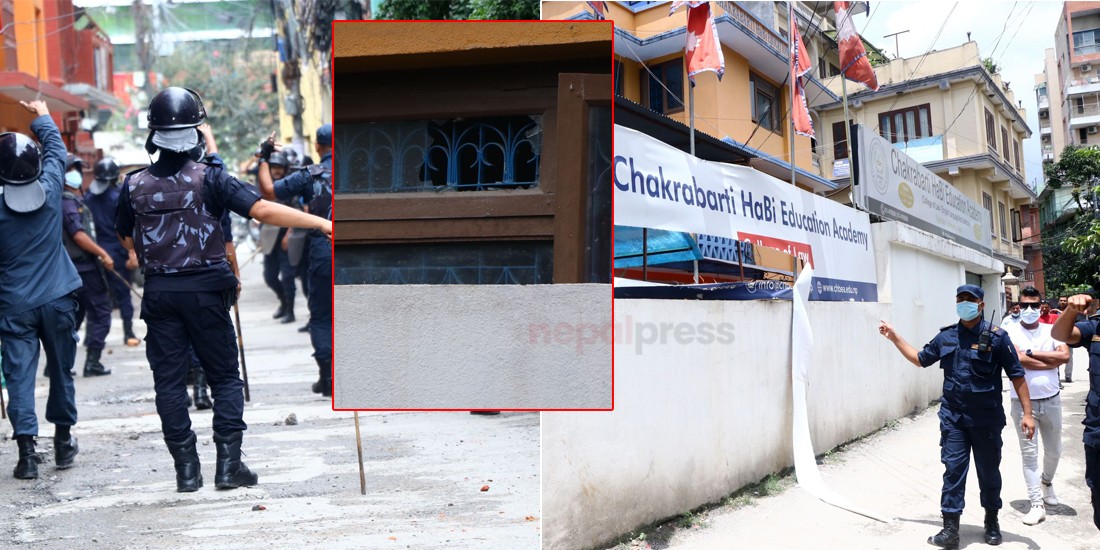 KATHMANDU: Tension ran high in Bijulibazaar-based Chakrabarti Law College since this morning due to a demonstration staged by the students against the fee hike.

The students staged a protest after the college hiked the tuition fee of five-year BALLB from Rs 6 lakh to Rs 1. 7 million.

The teaching and learning activities in the college have been affected owing to the protest for the past three days.

The agitating students padlocked the college against the fee hike on Sunday.

The college management and representatives of the students held a meeting on Monday.

The meeting ended without making any agreement after college expressed its readiness to reduce only Rs 50, 000.

The students padlocked the account section today to pile pressure on the college. But, the college broke the lock by calling the police.

The students intensified the protest against the college decision to open the lock by calling the security personnel.

The irked students also vandalised the college. Police even used force to disperse the mob. As a result, more than a dozen students were injured.

Meanwhile, a policeman misbehaved with a journalist of the college, who had gone to take the photos in the college.

He barred the journo from taking the photos and also used threatening language.