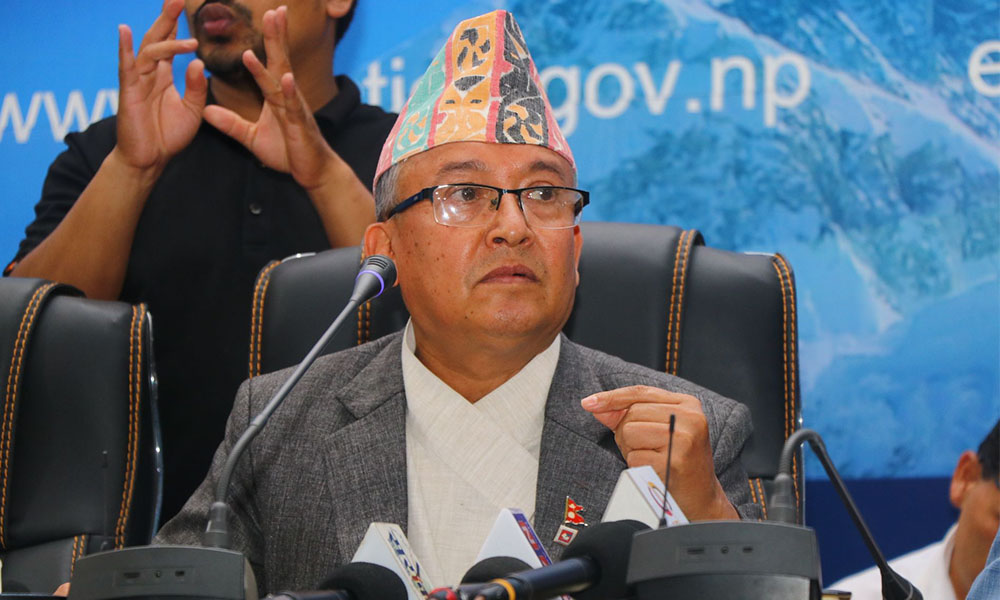 Speaking at a press conference organised on Tuesday, he said that the next meeting of the Council of Ministers will fix the date of the election.

He was of the opinion that the Election Commission has suggested holding the election in a single phase.

“It will not be surprising if the next meeting of the Cabinet makes the decision to hold the federal election on November 20,” Thapaliya said.

He said that the expenses of the Election Commission may increase in the upcoming federal election as compared to the local level elections.

“Along with the ballot papers, it is obvious that the staffers should also be increased,” he said.