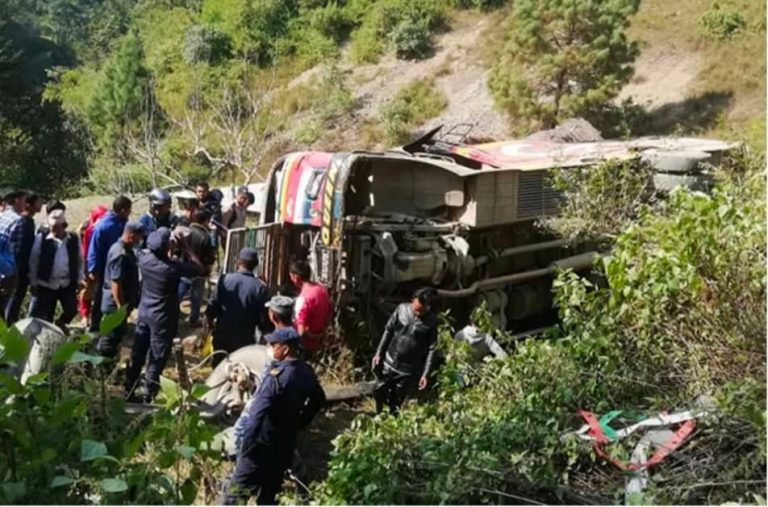 RUPANDEHI: At least six persons died and 17 others were injured when a bus met with an accident at Laghuwa in Ribdikot Rural Municipality-2 of Palpa on Sunday.

DSP Janak Bahadur Shahi said that three men and three women lost their lives in the incident. The identities of the deceased are yet to be ascertained.

According to the injured, the incident occurred (Lu 1 Kha) tried to give side to another bus.

The bus was heading towards Butwal from Majuwa of Gulmi when the tragedy took place.

Om Prasad Pokharel, Chairman of ward-2, said that the injured have sent to the Palpa Mission Hospital.

Of the injured, some are in critical condition.