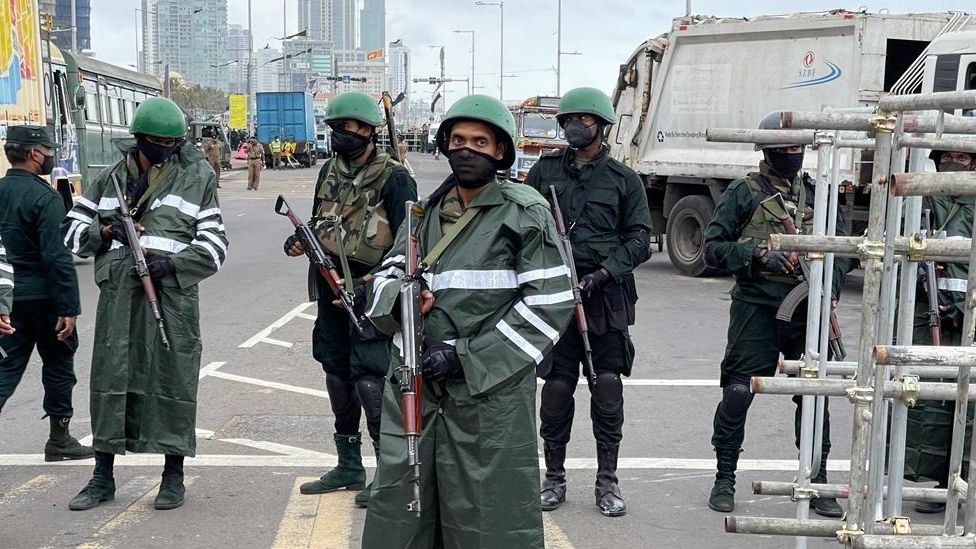 Hundreds of troops and police commandos moved on the protesters outside the presidential offices in Colombo, hours before they were due to leave the area.

A BBC video journalist was beaten by the army and one soldier snatched his phone and deleted videos.

Nine people, including two who are injured, have been arrested by police.

It comes as Ranil Wickremesinghe was sworn in as president on Thursday, after ex-president Gotabaya Rajapaksa fled the country last week.

Mr Wickremesinghe – the former prime minister – is seen as deeply unpopular with the public, and has vowed tough action against demonstrators.

Sri Lanka has seen months of mass unrest over an economic crisis, and many blame the former government for mishandling the nation’s finances.

Protests had remained peaceful after Mr Wickremesinghe had been sworn into office on Wednesday. Despite deep distrust, many demonstrators had said they would give him a chance to lead the country out of its economic crisis.

In remarks after his inauguration, he said any attempt to topple the government or occupy government buildings was not “not democracy, it is against the law”.

On Friday morning, security forces moved in on the protest camp and reclaimed the building from demonstrators, who had earlier pledged to hand the building back.

Police described the incident as a “special operation to take [back] control of the presidential secretariat”.

When asked about the attack on the BBC journalist, one police spokesman said he was unaware of the incident.

The raid took place in the early hours of Friday, at around 01:00 local time (19:30 GMT Thursday). Security forces later completely sealed off a section of the road leading to the site.