Press should function as bridge between government and people: Minister Karki 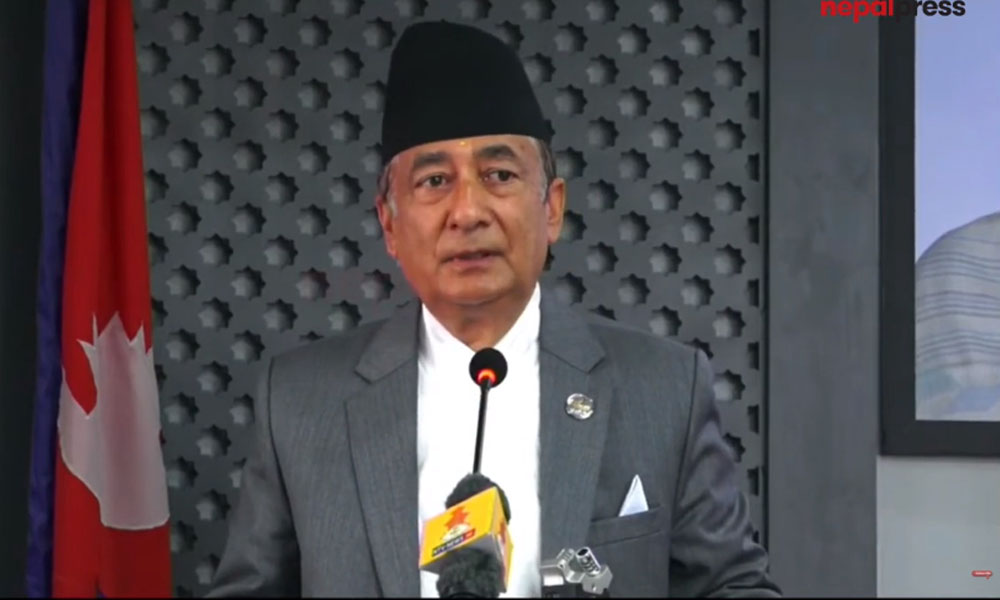 MAKWANPUR: Minister for Communication and Information Technology Gyanendra Bahadur Karki has reiterated that the government is ready to move ahead collaborating with trade unions of journalists for promoting the rights and interests and security of journalists and overall progress of journalism.

He said so while addressing the inaugural session of Nepal Press Union’s the ninth general national convention in Hetauda on Friday.

Minister Karki on the occasion spoke of the need of making the national unity stronger by protecting the freedom of the press and freedom of expression.

“The press should work as a bridge between the government and the public. It should help bring economic and social transformation,” he said.

Nepali Congress general secretary Gagan Thapa, who also took part in the program, said the political parties should come out of the power-centric mentality and become accountable to the nation and people while keeping alive the freedom of the press and freedom of expression for protecting democracy.

NPU Central President Badri Prasad Sigdel reiterated that freedom of press is required to make the democracy functional and dynamic.

Central President of the Socialist Press Organization Nepal, Shambhu Shrestha called on all the media trade unions to be united and move ahead for the protection of the freedom of the press and democracy as per the spirit of the constitution.

NPU Makwanpur President Kumar Adhikari informed that the NPU’s national convention which will run till July 23 will elect its new leadership and the presentation of the Union’s report, annual programs and the process for registering candidacies would be conducted in the closed-door session of general convention this afternoon.

One thousand nine hundred voters including representatives and observers from all the seven provinces are attending the NPU ninth national general convention. RSS