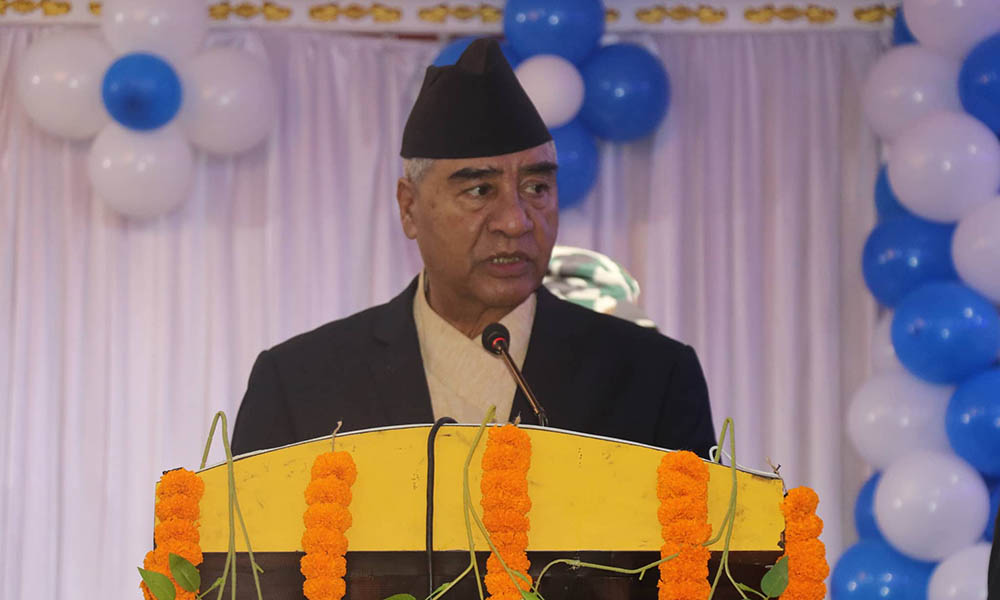 KATHMANDU : Nepali Congress President and Prime Minister Sher Bahadur Deuba has said that the government will announce the date for federal and provincial elections soon.

He said so while inaugurating the Nepal Press Union’s ninth national general convention in Hetauda today.

PM Deuba said that the government has been making necessary preparations for the same.

“The government is preparing for the elections. I urge the media to use their pens for the conduction of the election in a free, fair, and credible environment. Only impartial journalism makes the nation and democracy stronger,” the Prime Minister said.

He also pressed for journalism to push its pen on topics of political stability.

Stating that the trend of intentional blaming has increased in the media of late, the PM stressed that only impartial journalism would make the nation and the democracy stronger.

“The Press has played an important role in the movement for political change in Nepal.”

Prime Minister Deuba recalled that the mass media had played a crucial role during the COVID-19 pandemic.

Pointing out the need of a healthy journalism in the country for consolidating democracy, PM Deuba said the Nepali Congress is always committed to democracy and freedom of expression.