We are yet to make our opinion, says probe committee member secretary 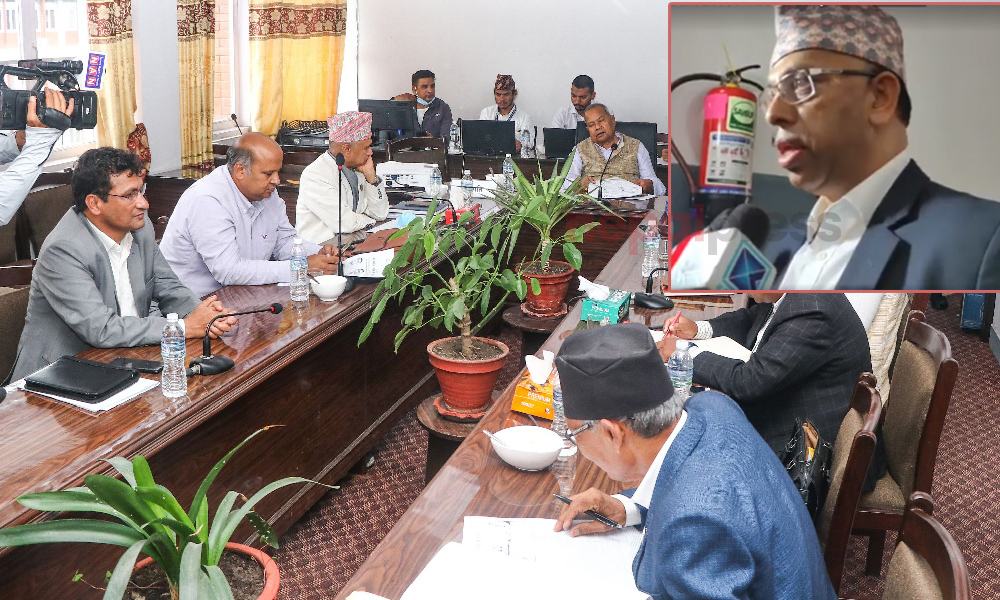 KATHMANDU: The term of the probe committee formed to investigate former Finance Minister Janardan Sharma is expiring today. But, the committee has not reached any conclusion yet.

The committee questioned Sharma for three hours today. In reply, Sharma rubbished the allegations levelled against him.

He said that no one (unauthorised persons) had entered the Finance Ministry on the eve of the budget presentation.

Speaking to journalists after the meeting, committee member Surendra Aryal said Sharma had repeated the same thing what he said earlier in the Parliament.

He said that no one has admitted that two unauthorised had entered the Finance Ministry during the budget making process.

“We have grilled all the people involved in formulating the budget. So far, no one has said that unauthorised persons had entered the Ministry,” he said.

Sharma said that the committee will make the decision only after it gets the report of the CCTV footage.

“The hard disk has been sent to the forensic lab of Nepal Police to recover the CCTV footage. It will be easy to reach the conclusion after the committee gets the report,” he said.

The committee has urged Speaker Agni Prasad Sapkota to extend the deadline by seven days.

Earlier, the Speaker had given 10 days of time to the committee to investigate Sharma.