Ukraine war: CIA chief says no intelligence that Putin is in bad health 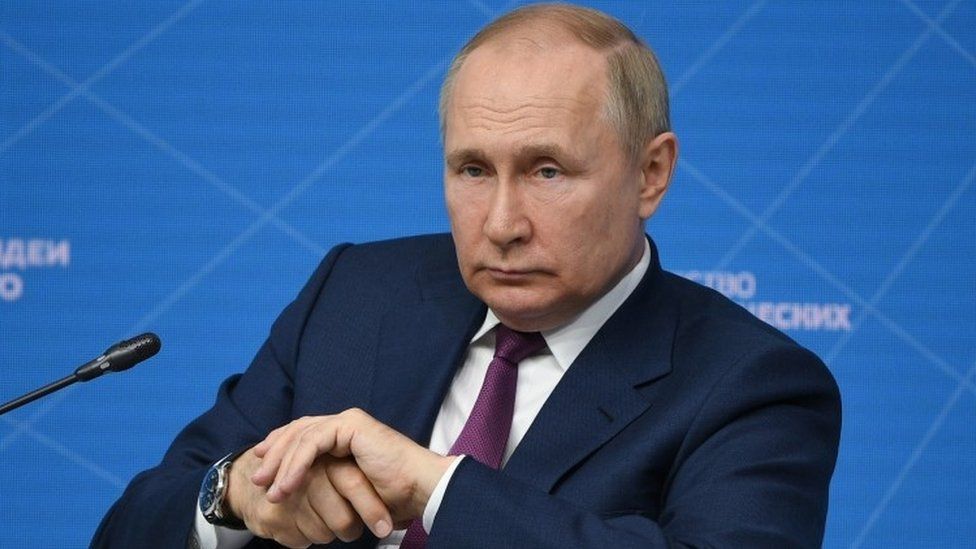 There is no intelligence that Vladimir Putin is unstable or in bad health, the director of the CIA has said, BBC reported.

There has been increasing unconfirmed media speculation that Mr Putin, who turns 70 this year, may be suffering from ill health, possibly cancer.

But William Burns said there was no evidence to suggest this, joking that he appeared “too healthy”.

His comments came as the US announced it would provide Ukraine with more long-range weapons.

Earlier Russian Foreign Minister Sergei Lavrov said Russia’s military focus in Ukraine was no longer “only” the east and implied Moscow’s strategy had changed after the West supplied Ukraine with such weapons.

“There are lots of rumours about President Putin’s health and as far as we can tell he’s entirely too healthy,” Mr Burns said at the Aspen Security Forum in Colorado.

Responding to laughter, he added that this was not a formal intelligence judgement.

Mr Burns, who served as ambassador to Moscow, said he had been observing and dealing with the Russian leader for more than two decades.

Mr Putin is “a big believer in control, intimidation and getting even” and these traits have hardened over the last decade as his circle of advisers has contracted, the CIA chief said.

“He is convinced that his destiny as Russia’s leader is to restore Russia as a great power. He believes the key to doing that is to recreate a sphere of influence in Russia’s neighbourhood and he cannot do that without controlling Ukraine.”

Mr Burns travelled to Moscow in November to warn about the serious consequences for invading Ukraine following intelligence the US had collected about Russia’s plans. But the CIA director said he left “more troubled than when I arrived”.

The Russian president’s plans were based on “profoundly flawed assumptions and some real illusions especially about Ukraine and the will to resist”, Mr Burns said.

“Putin really does believe his rhetoric. I’ve heard him say this privately over the years that Ukraine is not a real country.

“Well, real countries fight back. And that’s what the Ukrainians have done.”

The US estimates that Russian casualties in Ukraine so far have reached around 15,000 killed and perhaps 45,000 wounded, Mr Burns said. He estimated that Ukrainian losses were a little less.

He added Russia’s current concentration of forces in the Donbas suggested the military had learned hard lessons.

Russia invaded Ukraine in February, claiming falsely that Russian-speakers in Ukraine’s eastern Donbas region had suffered a genocide and needed to be liberated.

Five months on, Russia has occupied parts of the east and south of the country, but it failed in its original aim of capturing Kyiv and has since claimed its main objective was the liberation of Donbas.

The US has accused Russia of preparing to annex parts of Ukraine.

But earlier on Wednesday the Russian foreign minister implied the US supplying long-range weapons could broaden Moscow’s military focus in Ukraine.

Despite Mr Lavrov’s apparent warnings, the US on Wednesday announced it would provide Ukraine with more long-range weapons.

Meanwhile Ukrainian First Lady Olena Zelenska addressed US Congress, asking for more air-defence systems to “help us to stop this terror against Ukrainians”.

She said the weapons could help assure a “joint great victory”.