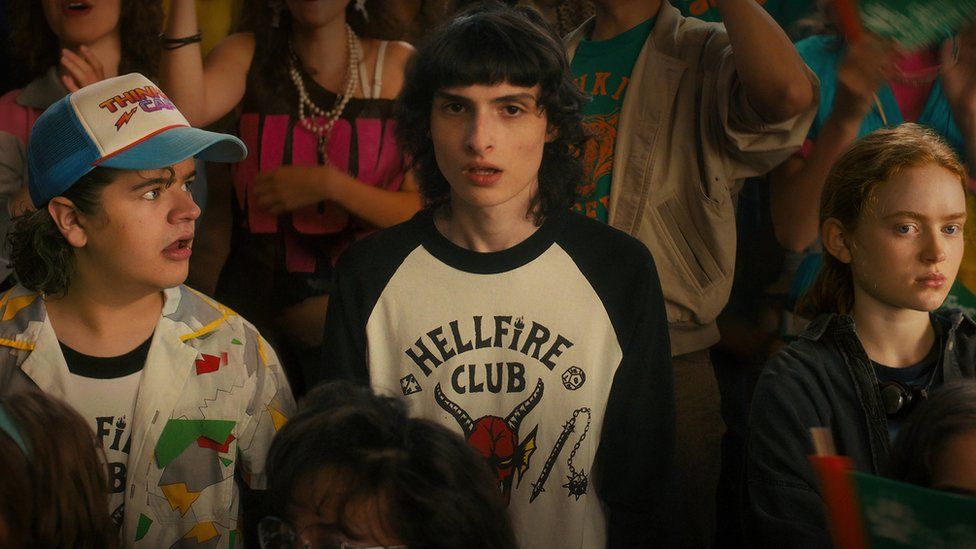 After enjoying a long reign as the king of streaming, Netflix faces a tough fight to keep its crown, BBC reported.

It lost almost 1m subscribers between April and July, as the number of people quitting the service accelerated.

But that was not as many as the streaming giant had feared.

Asked what may have stopped subscriptions sliding further, the firm’s chief executive, Reed Hastings, said: “If there was a single thing, we might say ‘Stranger Things.'”

The new season of the hit drama has been a phenomenal success, and may have helped stem the exodus of Netflix customers.

The company reported its first subscriber loss since 2011 in April, news that was followed by hundreds of job cuts.

Rivals are challenging its dominance, while price hikes have taken a toll.

The subscriber losses reported on Tuesday were the biggest in the firm’s history, with the US and Canada home to the highest number of cancellations in the quarter, followed by Europe.

Guy Bisson, executive director at Ampere Analysis, said it was “inevitable” that Netflix would start to see its grip on the market loosen.

“When you’re the leader, there’s only one direction to go, especially when a large amount of competition launches, which is what Netflix has seen in the last couple of years,” he said.

It is a stark change for Netflix, which enjoyed years of seemingly unstoppable growth, as it revolutionised the way people around the world consumed entertainment.

Its position as a global behemoth was cemented when the pandemic hit in 2020 and people, stuck at home with few other options for entertainment, flocked to monster hits like Squid Game and The Crown.

But as pre-pandemic habits return, Netflix has struggled to attract new sign-ups – and maintain the loyalty of existing members, especially as the cost of living crisis leads to belt tightening.

The company also faces fierce competition from the likes of Apple TV, HBO Max, Amazon Prime and Disney+. Netflix was once the disruptor, making video rental stores like Blockbuster redundant. But the disruptor is fast becoming the disrupted.

Nteflix’s move to make its service more expensive has also put off some customers.

In the UK, basic and standard plans have both increased since January by £1 a month to £6.99 and £10.99 respectively.

“At some point, yes, they’re going to reach a threshold where a significant number of people say enough is enough,” Mr Bisson said. “Because of the additional choice… price hikes are a more risky strategy.”

For now, surveys suggest that Netflix is managing to lure back a higher share of deserters than its rivals. Many households also continue to identify it as the streaming option they would retain if forced to have only one.

In all, the company had roughly 220 million subscribers at the end of June – still well north of its closest competition.

But the company, long accustomed to posting double digit growth, is grappling with its most serious slowdown in years, with revenue in the April-June quarter of $7.9bn, up just 8.6% year-on-year.

The value of the firm’s shares has dropped more than 60% so far this year, as investors sour on its prospects.

“Netflix’s subscriber loss was expected but it remains a sore point for a company that is wholly dependent on subscription revenue from consumers,” said Insider Intelligence analyst Ross Benes.

“Netflix is still the leader in video streaming but unless it finds more franchises that resonate widely, it will eventually struggle to stay ahead of competitors that are after its crown.”

Shares climbed more than 7% in after-hours trade on relief that the losses were not larger.

The firm has said it will jumpstart growth with a new ads-supported service and by clamping down on password sharing – which one study estimated was costing Netflix $6bn a year.

It is already charging more for sharing accounts in some countries in central and South America. It hopes to replicate this model around the world.

However, the company has known about problems with passwords sharing for years, and has so far failed to find a solution.

In its shareholder update, the company said it was “encouraged by our early learnings and ability to convert consumers to paid sharing in Latin America”.

It said it expected its less expensive, ad-supported option to launch in early 2023, starting in “a handful of markets where advertising spend is significant”.

“Like most of our new initiatives, our intention is to roll it out, listen and learn, and iterate quickly to improve the offering,” the company said.

The ad service has the potential to attract both existing customers inclined to cancel over price hikes, as well as new households hesitant to commit to a subscription without watching, Mr Bisson said.

It should be possible for Netflix to make the same amount of money – or more – per user than it did by relying on subscriptions, he added.

“Assuming they get it right – and by getting it right I mean the price … and the amount of advertising on it – then it’s potentially a strong strategic move for them,” he said.

But he said its most critical task is ensuring it has strong material for people to watch – a job that has grown harder as it pushes to reach an increasingly broad audience.

New sign-ups in the US, for example, are coming from an increasingly older crowd, with different tastes than the younger viewers who were early streaming converts.

“They’re increasingly competing for that generalist audience, so the breadth of content that is needed becomes much wider and that’s why I think people are saying ‘There’s now a lot of stuff I don’t like'”, Mr Bisson said. “It’s a very big challenge.”

Netflix needs “more frequent hits,” said Eric Steinberg of Whip Media, adding that Netflix also has room to experiment staggering its releases to keep a hold on its subscribers.

The company has already taken steps in that direction by releasing episodes of the fourth season of Stranger Things in two batches this year, but the “pressure is on” he said.

“They don’t have the sandbox to themselves anymore,” he said. “In an inflationary environment like the one we’re in and also great programming [at the competition], people are going to re-evaluate how much they’re willing to pay.”