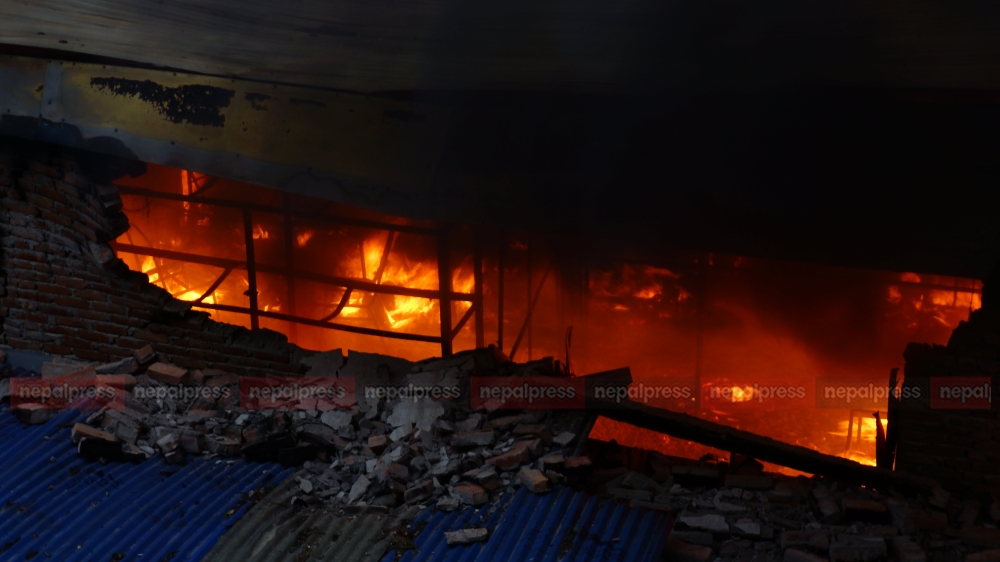 JHAPA : Six houses were destroyed in a fire that broke out at Simaldangi of Jhapa rural municipality-5, Jhapa on Wednesday.

The fire was caused by an electric short circuit that took place in Abdul Karim Ali’s house.

The fire was doused by the police with the help of locals.

The details of the damage caused by the fire are yet to come, police said.