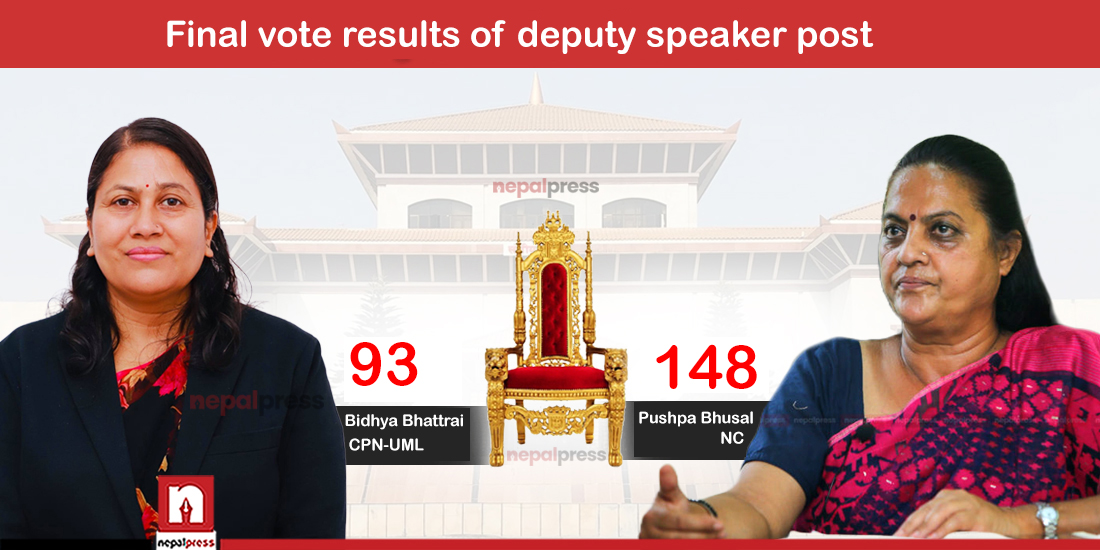 KATHMANDU : Pushpa Bhusal of Nepali Congress (NC) has been elected as the deputy speaker of the House of Representatives (HoR).

During the voting held at the Federal Parliament building on Friday Bhusal won with 148 votes out of 242 votes cast.

She defeated her closest contender Bidhya Bhattarai who received 93 votes.

The post of the deputy speaker was lying vacant for more than two years  after the then deputy speaker Shiva Maya Tumbahamphe had resigned on January 20, 2020.