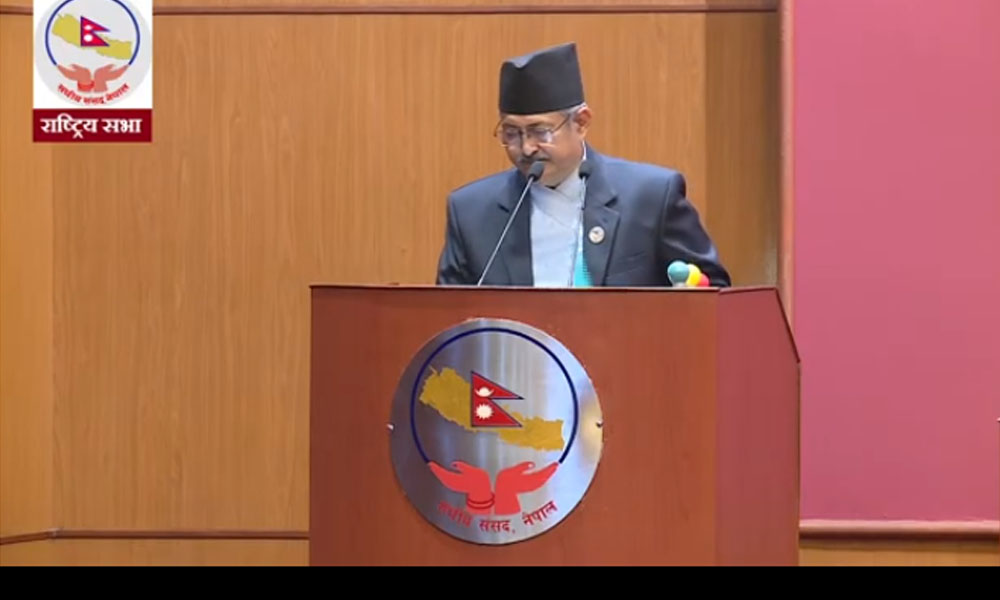 KATHMANDU : The recently introduced bill related to citizenship has moved ahead from the House of Representatives (HoR).

Another parliamentarian Tamang disapproved the new bill, stating that the new bill was against the spirit of provision of issuing citizenship identity card through mother and father with distinct gender identity.

Minister Khand responded to the protesting voices that the new bill was to constitutionally guarantee citizenship to those citizens without citizenship identity card.

He clarified that the old bill related to it was scrapped after the effort to enable favorable environment to formulate laws to take forward the old bill on consensus failed.

The Home Minister said, “There are thousands of people who are deprived of citizenship identity card although their parents are the citizens of Nepal. Lack of identity card was further depriving them of education and other state facilities. I appeal with all to help create enabling environment to endorse new bill and for headway to implement law by formulating new laws.”

He expressed his confidence that the new bill would be taken forward in more refined way after clause-wise deliberation on the same will be taken on the bill once the Bill moves ahead further. RSS