Melamchi folks waiting for rehabilitation after a year of massive flooding 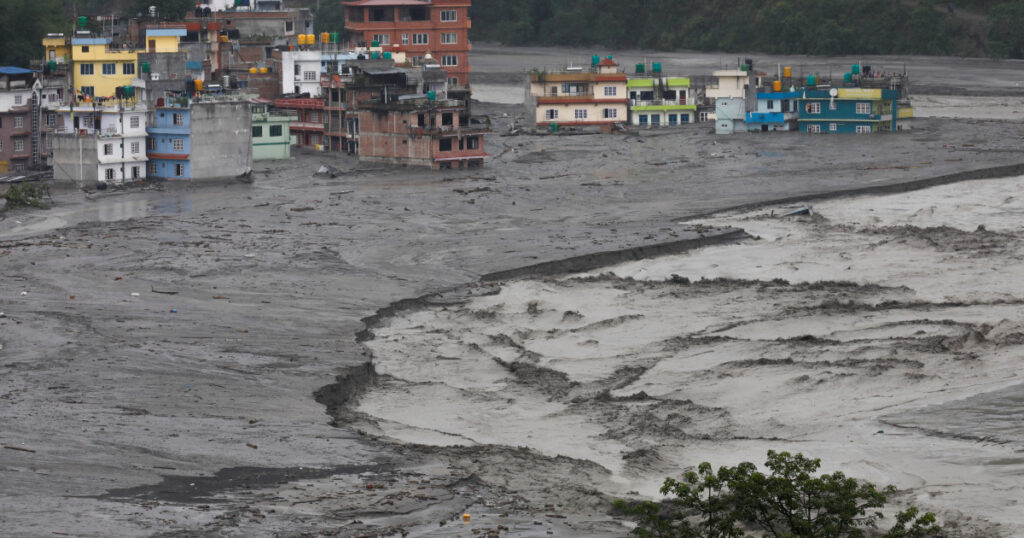 KATHMANDU: The family of Dhana Bahadur Shrestha of Phatte, Melamchi Municipality-11, is presently living in a rented room after their house was swept away by last year’s massive flood in the area.

The flood on June 15, 2021 washed away the house the family had built through loan and own limited savings thus rendering it homeless.

The huge flood in the Melamchi River destroyed the house of this low-income family in minutes.

The family is living in a rented room at a house near the suspension bridge connecting Duwachaur. This settlement is also not safe.

“The landslide at Danuwargaun has further increased the risk in Phatte,” Shrestha said of the vulnerability of the Phatte settlement.

Similar is the misfortune of Ramesh Shrestha and Ram Bahadur Danuwar of Phatte.

The same flood on June 15 and the subsequent flooding swept away homes of several families.

Many houses that collapsed in the flooding are in ruin. Many families whose houses were somewhat safe have shifted to other areas taking their belongings with them and living in rented rooms for fear of similar flooding this year too.

Several families have been displaced and moved to Chautara and Kathmandu after their homes and farmland were turned into ruins by that flood.

One year after the devastating flood, the situation in Phatte area in Melamchi is far from settled.

The families still living in at-risk settlements as Helambu, Panchpokhari and Melamchi are not in peace.

“I have not had sound sleep even a single night since the onset of the monsoon,” said Ganganath Bhandari of Helambu-2.

His house is close to the Melamchi River and his family is in constant fear of floods.

Bimala Bhandari of Kiul, Helambu-2 narrated how her and her neighbours have been evacuating to higher land and spending nights in vigil whenever the water level in the river starts rising at night time.

“Where do you go abandoning the house that you have built through hard-earned money? The house looks okay and you can neither discard it nor live in it with a sense of security,” she expressed their predicament.

Flood affected families yet to get grant promised by government

The government had announced after last year’s floods that it would provide a relief of Rs 500 thousand to families whose houses were completely destroyed and an additional Rs 300 thousand to those rendered landless due to the flood.

But many of the affected families have not got this amount, the local governments in the area have stated.

“The federal government should assist providing the grant as well as additional amount to the affected families to buy land plots and build houses,” he said.

Several families even do not have the land to construct a house on.

Tashi Lama, Chairperson of Panchpokhari Thangpal Rural Municipality, shared that the sorrow and agony of the flood-affected families has not been alleviated as the federal government did not provide the grants in time.

He strongly called for providing the grant amount to the affected families at the earliest.

The Melamchi Municipality is working to rehabilitate the flood-displaced families and protect the houses and structures that are saved.

Mayor Aitaman Tamang expressed the confidence that the affected families will get the grants soon.

He said, “I hope the reconstruction works will be started soon and the flood-affected families will be able to return to their homes at the earliest.”

Works on river training have started in Melamchi and Helambu with the release, albeit late, of the budget for this purpose.

However, the locals complained that the works are not effective. Indu Danuwar, a local woman, rued that although reconstruction works have started with the allocation of budget for the same, they have not progressed as expected.

According to her, only a handful of the affected families have got the amount.

This monsoon too the flood triggered by rain has started causing damage to the land and settlements.

The locals have demanded the speedy construction of the flood-damaged roads and bridges along with income-generating programmes and safe shelters.

The flood in the Melamchi River last year washed away seven motorable bridges and 11 suspension bridges.

The transportation services were restored by constructing makeshift bridges by laying Hume pipes in the river.

Five thousand four hundred ropanis of cultivable land was turned into wasteland. Twenty-six people lost their lives to the flood.

The District Administration Office, Sindhupalchowk has said 338 out of the families rendered homeless due to the flood have received the first tranche of the house construction grants.

The National Disaster Risk Reduction and Management Authority (NDRRMA) said that funds are being released through the Chief District Officer for reconstruction and rehabilitation of houses damaged by the last year’s floods in Melamchi area.

NDRRMA spokesman Dr Dijan Bhattarai said that a total 1,041 persons were affected in Melamchi and surrounding area due to the monsoon and the rehabilitation works were started from last year itself.

According to him, a total Rs 239 million 891 thousand 250 has been spent so far for the rehabilitation.

Rs 189 million 157 thousand 500 was appropriated in the current fiscal year and Rs 50 million 733 thousand 750 last fiscal year for this purpose.

Similarly, Rs 190 million 258 thousand 750 has been released as first tranche and Rs 7 million 150 thousand in second tranche last fiscal year for construction of temporary shelters for the monsoon. RSS