KATHMANDU: Head of the International Liaison Department of the Communist Party of China Liu Jianchao, who is on a three-day visit to Nepal, held a meeting with CPN (Maoist Centre) Chairman Pushpa Kamal Dahal at the latter’s residence in Khumaltar on Monday.

It has been learnt that the duo discussed cooperation between the communist parties of two countries during the meeting. 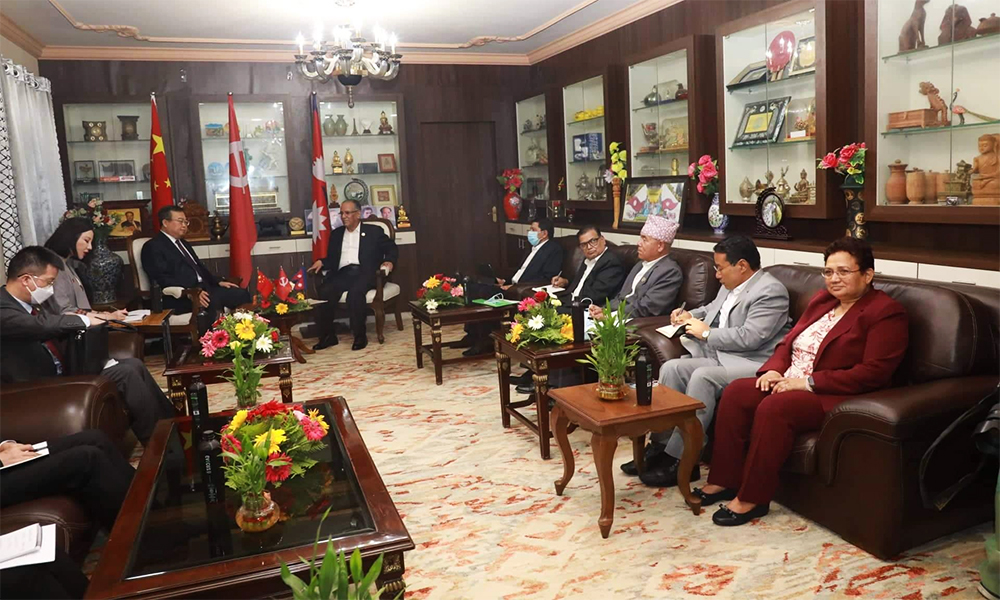