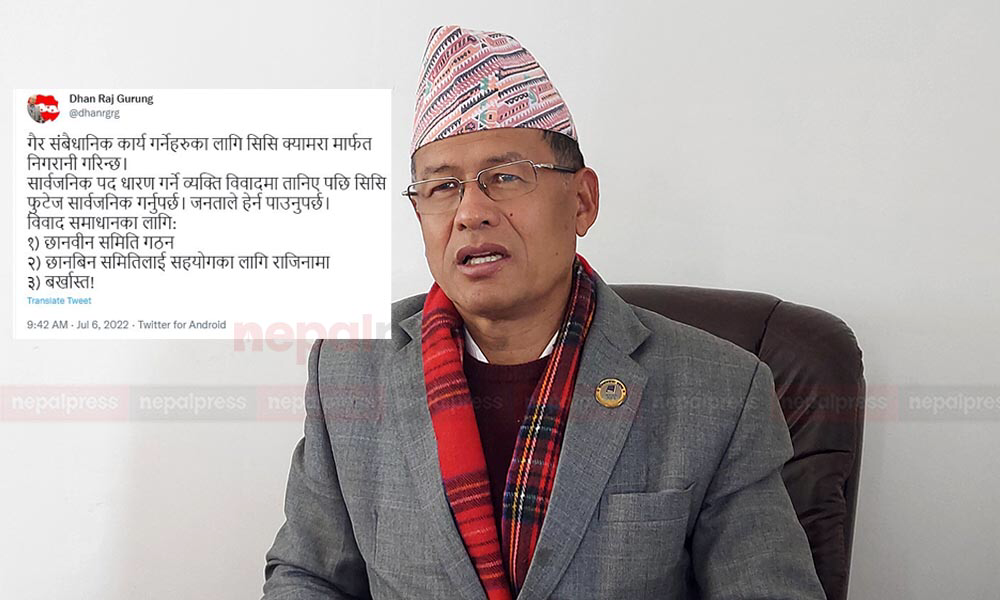 Making public his views on Twitter, he suggested three options—formation of a probe committee to resolve the dispute, resignation to assist the probe committee and the removal.

“CCTV cameras monitor the people who commit unconstitutional acts. CCTV footage should be made public after a person holding a public post is embroiled in controversy. People  have rights to see the footage,” he said.

Finance Minister Sharma has been accused of inviting two unauthorized persons to tweak taxes a day before the budget was presented.