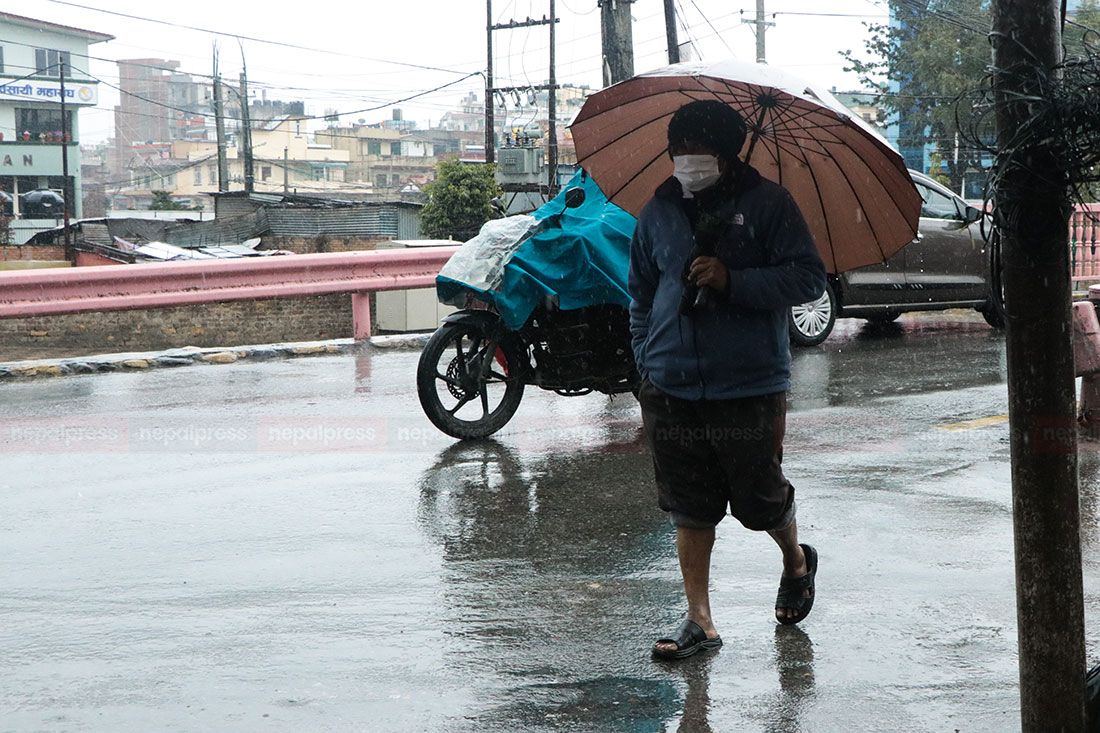 KATHMANDU : Most of the places of the country would witness rainfall for next three days due to influence of the Monsoon wind.

According to the Department of Hydrology and Meteorology, the weather across the nation would remain partly to generally cloudy and light to moderate rainfall has been predicted at many places.

The Department has requested all to adopt precautions as there is risk of landslide, soil erosion, increase in water level of rivers and streams, and daily life and transport service might be affected as there is a possibility of light to moderate rainfall at many places of the country.

The sky across the country will remain generally cloudy in the night and light to moderate rain is likely to take place at some places of Gandaki and Sudurpaschim Provinces and at few places of the remaining provinces. RSS