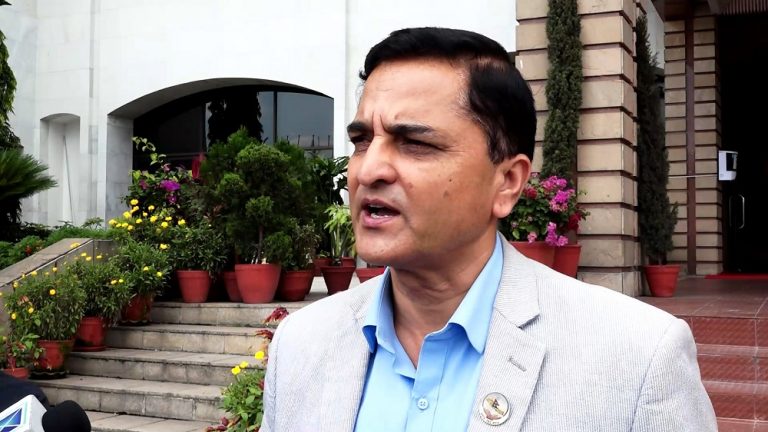 KATHMANDU: CPN-UML Secretary Yogesh Bhattarai said that his party’s bottomline is that either Finance Minister Janardan resign himself or Prime Minister Sher Bahadur Deuba remove him.

Talking to mediapersons at the Parliament building in New Baneshwor on Wednesday, he accused him of committing treason by inviting two unauthorised persons to tweak taxes a day before the budget was presented. Hence, he said that Minister Sharma cannot remain in the post.

Bhattarai opined that Sharma made the government documents disappear and also erased the CCTV footage with malicious intention.

He said that they have demanded a parliamentary committee to probe into the incident.

Similarly, Bhattarai said that those who helped Minister Sharma erase the CCTV footage should also be brought to justice.