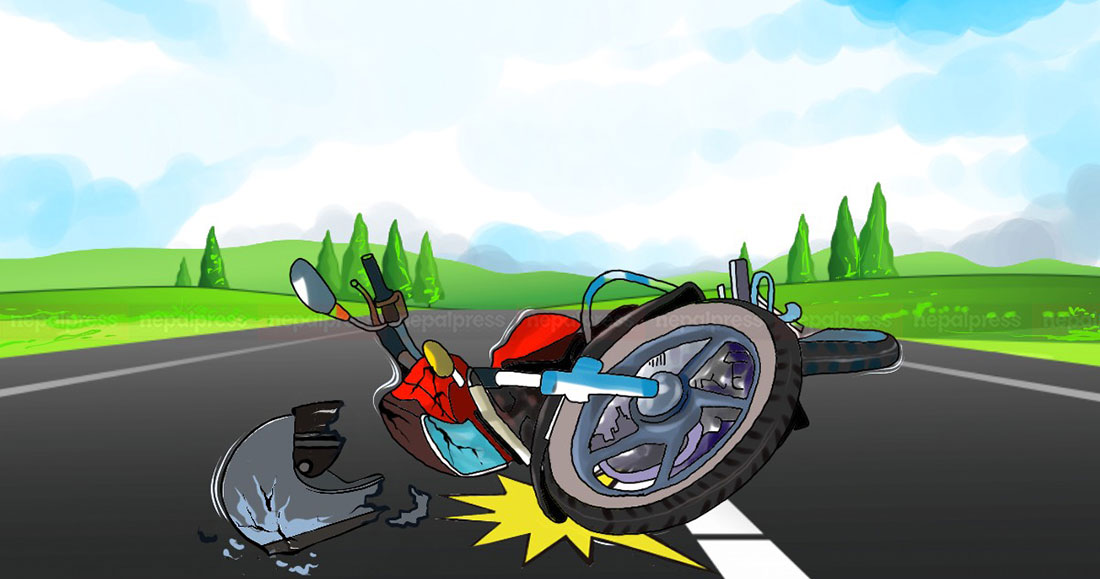 KATHMANDU : A person died and another sustained injuries when a motorbike they were riding on met with an accident at Balaju in Kathmandu on Tuesday.

The deceased has been identified as Sabin Pariyar (22) of Lolang, Kathmandu.

The incident took place when the motorbike heading towards Balaju from Sorakhutte crashed with an electricity pole after the driver lost control over the vehicle at around 5 am this morning, Metropolitan Police Circle, Lainchaur, said.

Similarly, Niraj Maharjan (22), who was injured during the incident, has been receiving treatment at the same hospital.

Police said that they are further investiagting the case.