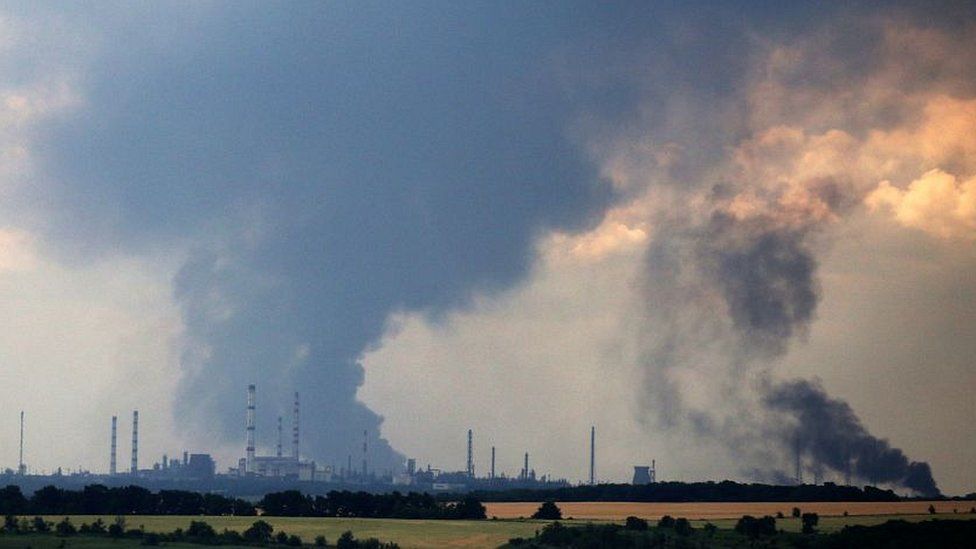 Ukraine’s military has confirmed that the eastern city of Lysychansk has fallen to Russian forces, BBC reported.

“After heavy fighting for Lysychansk, the defence forces of Ukraine were forced to withdraw from their occupied positions and lines,” the army general staff said.

Ukraine’s troops were outgunned there.

Its general staff said that “in order to preserve the lives of Ukrainian defenders, a decision was made to withdraw”.

It said the Russians had multiple advantages in artillery, aircraft, manpower and other forces.

President Volodymyr Zelensky pledged that Ukrainian forces would return to Lysychansk thanks to their tactics and “thanks to the increase in the supply of modern weapons”.

It is in Donetsk region, which with Luhansk forms the industrial Donbas.

Just before he launched the war, President Vladimir Putin recognised all of Luhansk and Donetsk as independent of Ukraine. Russian proxy forces began an insurgency there in 2014.

Just over a week ago Russian troops captured Severodonetsk, a city reduced to ruins by weeks of Russian bombardment.

Lysychansk overlooks Severodonetsk, across the Seversky Donets river. There was some hope that, built on high ground, it would provide a natural strong defence. But the noose around the city had tightened, with Russian forces controlling most access in and out.

Some Ukrainian units had already pulled back to the next lines of defence over the past week.

Ukrainian officials had been unusually quiet on Sunday about the fighting in the city. That might, in part, be explained by “operational security” reasons. They would not want to broadcast any tactical retreat. But losing Lysychansk will be seen as another setback in the east.

The fall of Lysychansk is by no means the end of the fighting in Donbas. Ukraine still controls large urban areas in neighbouring Donetsk. Their forces have been preparing new defensive lines between Bakhmut and Slovyansk – though they too are now under heavy Russian shelling. Both sides have been taking heavy casualties.

The question now is whether Ukraine can halt the advance, and whether Russia can maintain the momentum.

Slovyansk and Kramatorsk are the two biggest cities in the Donetsk region still in Ukrainian hands.

The heavy Russian bombardment of Slovyansk on Sunday caused some 15 fires, Mayor Vadym Lyakh said, and video showed huge plumes of smoke rising over the city. He said it was the worst shelling there in recent time.

A video clip on Twitter showed big blasts from a distance – in Slovyansk, according to the caption. It was posted by Iuliia Mendel, ex-spokesperson for President Zelensky. The BBC was unable to verify the latest conditions in Slovyansk.