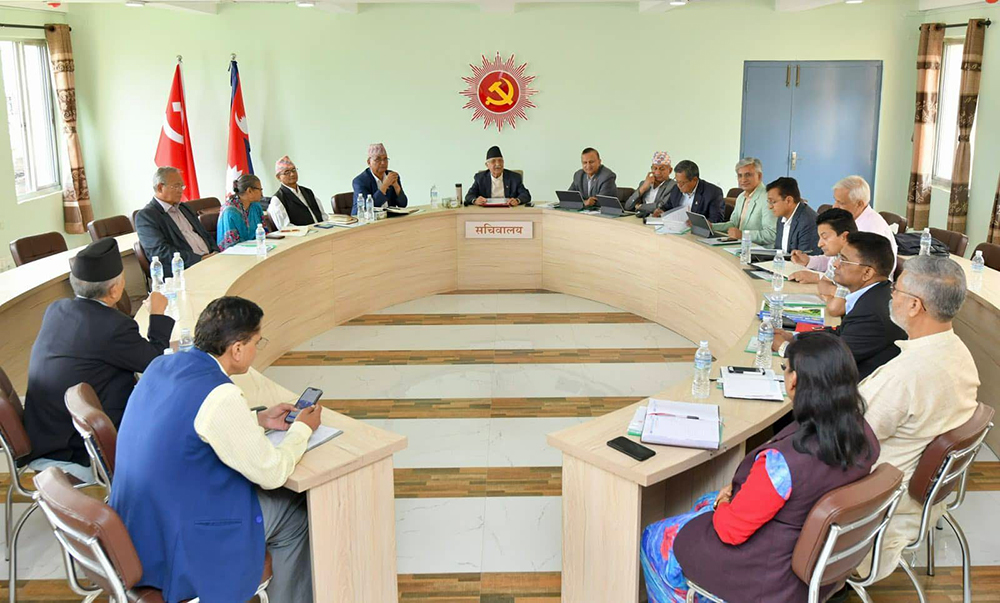 KATHMANDU: The CPN-UML has concluded that the party has established itself as the first force in the local level elections but could not achieve the expected results due to intra-party rift and betrayal by some leaders of the party.

The party has formed a committee under the headship of Vice-Chairman Bishnu Paudel to investigate the incidents of betrayal and anarchy within the party.

A Secretariat meeting held on Sunday formed a three-member committee.

Speaking to mediapersons after the meeting, party spokesperson Prithvi Subba Gurung said that the party emerged as the first force in the local polls amidst pressure from all sides.

“But, the party could not achieve expected results due to internal problems,” he said, adding, “The party will contest the upcoming elections by resolving all the problems.”

The Secretariat meeting has decided to review elections at all levels by mid-July.

The district committees and province committees have been told to prepare the report and sent to the headquarters.

The committee has also been given the rights to take action against the betrayals.