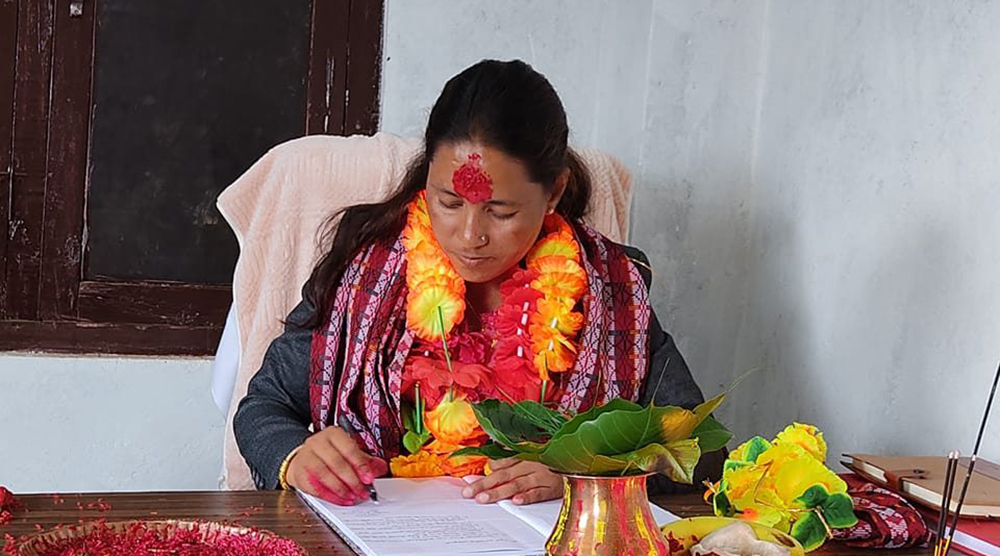 KAILALI : Mayor Ambika Chalaune of Binayak Municipality, Achham, including seven others have been arrested for their alleged involvement in the murder of Binod Shahi.

Shahi’s family had lodged a complaint against 13 people including the mayor alleging that he had been murdered.

Among the seven, five have already been arrested while two including the mayor were taken under custody on Saturday, said the District Police office, Achham.