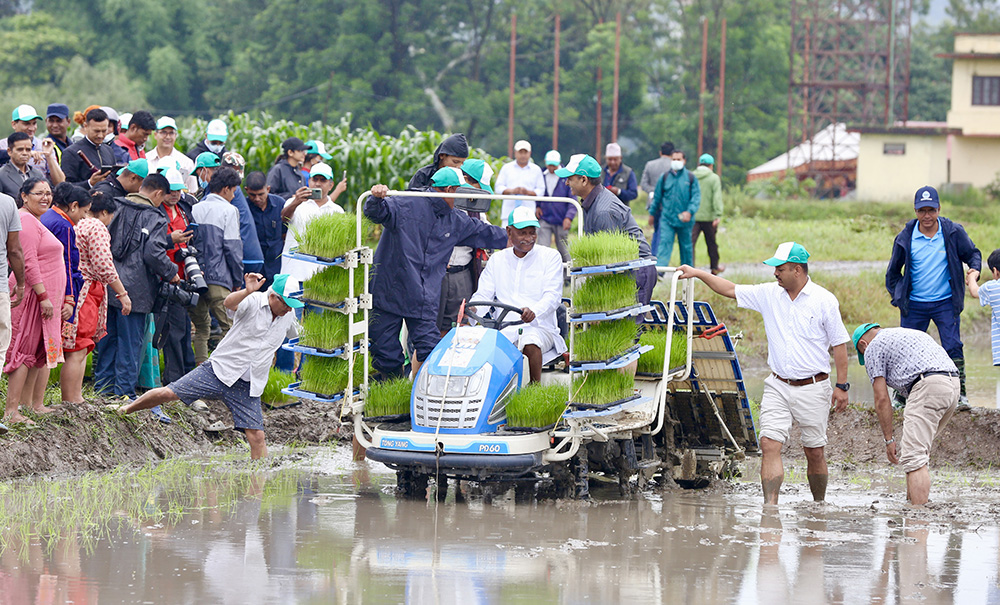 KATHMANDU : Nepal has imported rice worth more than Rs 27 billion in 11 months of the current fiscal year.

According to the Department of Customs,  Nepal imported 493.81 million kg of rice worth Rs 27.12 billion till mid-June.

Similarly, paddy worth more than Rs 15 billion has been imported in the same time period.

The contribution of the agricultural sector to Nepal’s gross domestic product (GDP) is equivalent to 27 percent, according to the Central Bureau of Statistics.

Meanwhile, farmers across the country are celebrating the 19th National Paddy Day today by planting paddy and eating curd and beaten rice. It is marked on Asadh 15 (Nepali month) every year.

On the occasion, the government organized the 19th National Paddy Day on the premises of the National Agronomy Research Center in Khumaltar today.

Minister for Agriculture and Livestock Development, Mahindra Raya Yadav inaugurated the festival by planting paddy with a machine.