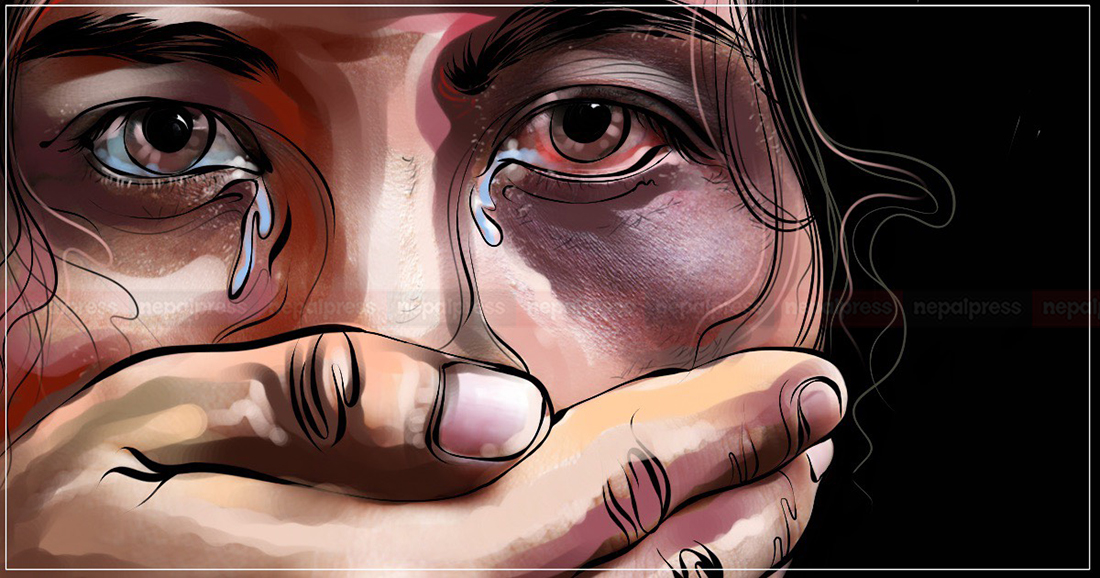 DANG: People of Bairawa, Rajapra-6 are compelled to go to India to buy essential goods. The Indian market is nearer than the Nepali market. Because of that, the people of that area go to the Indian market to purchase daily commodities.

On Sunday, six women of Bairawa left home for Manipur Bazaar of India for shopping. But, on the way, they were abducted by a criminal group in Khairabang Jungle of India at around 10 am yesterday.

According to the District Police Office, Dang, the members of the Indian criminal group tied the two Nepali women onto a tree and raped in turn.

Though they shouted for help, there was no one to protect them. It has been learnt that the four other women were saved from being raped as they were undergoing the normal biological process of menstruation.

The four women rescued and brought the two women to Nepal after the criminals fled the scene.

Soon after they reached Nepal, the women informed the police about the incident. Later, Nepal police in coordination with the Indian police started searching for the perpetrators.

A joint team of Nepal Police, Armed Police Force and Indian police have taken four Indians involved in the incident under control.

The Indians not only raped the women by tying them to a tree, they also robbed their mobile phones and gold ornaments.

DSP Mukunda Rijal of the District Police Office, Dang, the Indian criminal gang robbed the women of four mobile phones and gold ornaments after raping them.

“The members of Indian gang raped two Nepali women by tying them to a tree,” Rijal said, adding, “They have also robbed the women of their belongings. The four persons involved in the incident are under the control of Indian police.”

Police said that Rakesh Pasi, Ram Chandra Pasi, Rajendra Pasi and Pintu Rasi have been arrested for their alleged involvement in raping the two Nepali women.

The women have been taken to the Balarampur Hospital for medical check-up.