Indians who asked for lift brutally assaulted government staffer, robbed of his vehicle (With video) 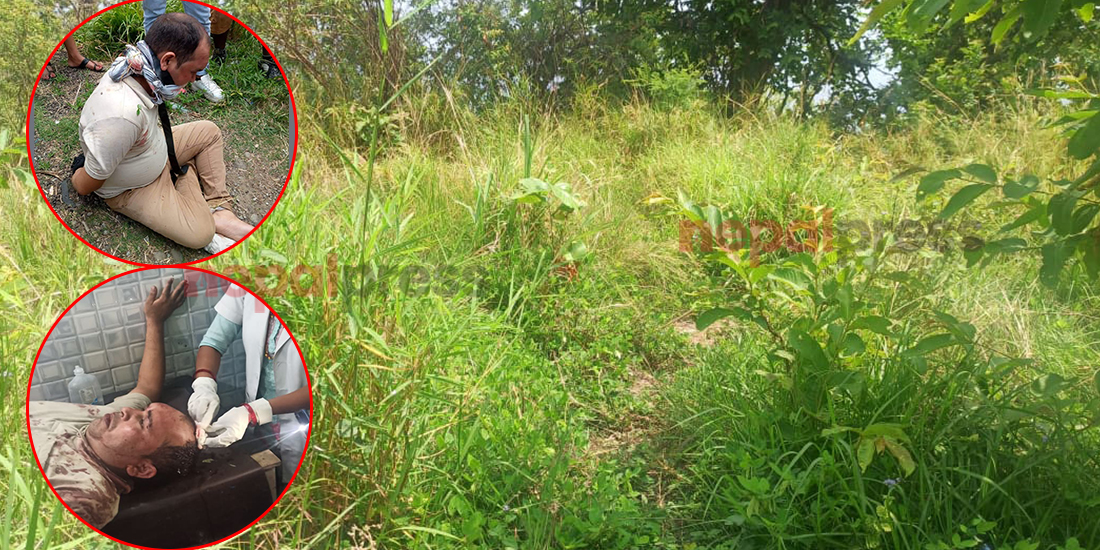 DHANGADHI: A government staffer has been robbed by a group of Indians in a filmy way in Kailali.

The Indian robbers, who had asked for a lift in Bhandari’s vehicle from Mahendranagar, attacked him when they reached Godawari-5.

Police said that they left Bhandari on the roadside after assaulting him brutally. They have also taken his private vehicle.

According to the victim, he stopped the vehicle after one of the Indians asked him to take his photo.

“The looters tied my hands and fastened my mouth with a tape and hit me with a stone,” he said, adding, “After I got injured, they took my vehicle also.”

Local Nandaram Devekota informed the police after he saw Bhandari lying on the roadside in a critical condition.

Bhandari is undergoing treatment at the Padma Hospital and police are searching for the vehicle, DSP Bed Prakash Joshi of the District Police Office, Kailali said.