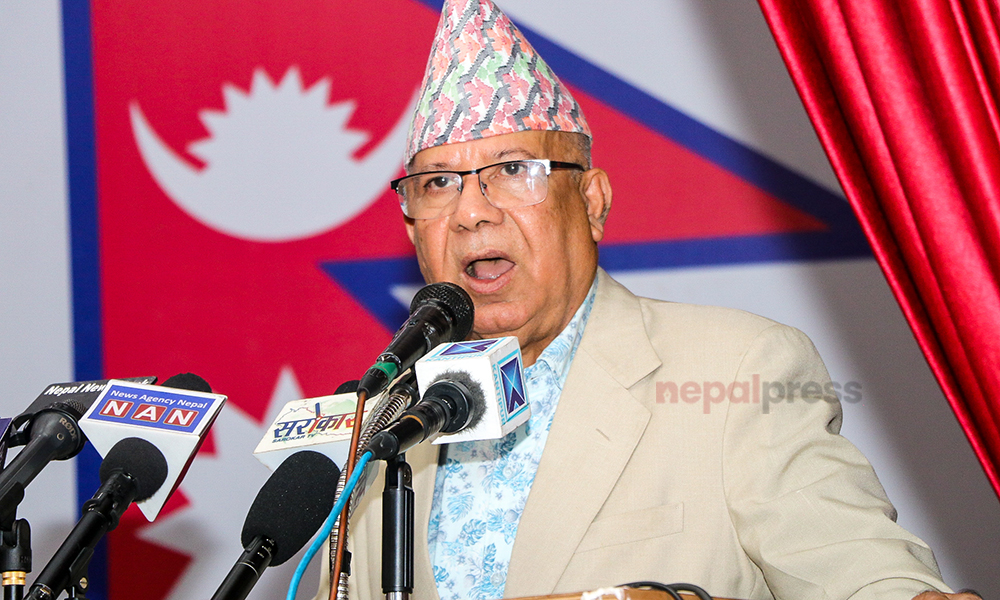 KATHMANDU: CPN (Unified Socialist) Chairman Madhav Kumar Nepal has said his faction’s revolt from the CPN-UML in defence of democracy was justified for the cause of the country and people.

Addressing the party’s central committee meeting on Saturday, Chairman Nepal described that the leaders’ revolt from the UML was waged to ensure political system against totalitarianism and individualism in a communist party.

Chairman Nepal, who is also the former prime minister, said communist parties are popular among the citizens in the country since they did not bow down before the external forces in the issues of nationality adding that the communist parties unite the people in favour of patriotism and democracy. He also directed the party leaders and cadres to fight for the same by keeping democracy and issues of people’s livelihood at the centre.

We are guided by people’s multiparty democracy to accept the norms and values of democracy, he added.

On the occasion, Chairman Nepal expressed his reservation to the allocation of seats to his party from the ruling alliance in the recently held local level elections but underscored the need of strengthening party organisation to secure more seats in future.